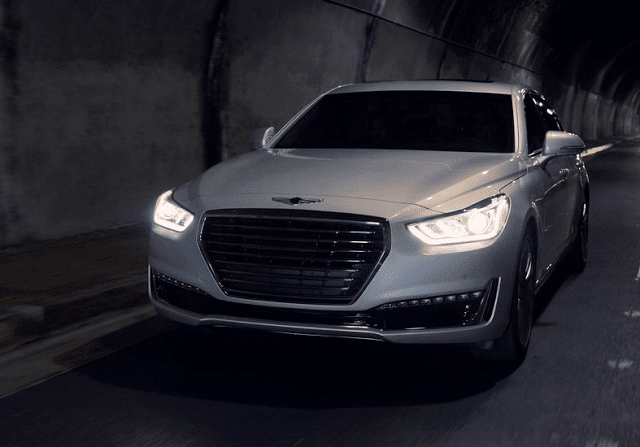 HYUNDAI
Hyundai’s Genesis sedan and coupe paved the way for Hyundai to do what every analyst always thought they’d do: launch Genesis as a separate upmarket brand, just as Toyota did with Lexus, Honda with Acura, and Nissan with Infiniti. Hyundai’s Genesis methods have always been different, however, and we’re seeing that now with the automaker’s retail plans. Not all dealers will be expected to build a standalone Genesis space. Door-to-door valet servicing may become the norm. Lifetime warranties are a possibility.

$0.47/GALLON
No, it’s not the average price, and the station that offered regular fuel for $0.47 a gallon is no longer offering the outrageous price. But as a symptom of crumbling fuel prices – prices which are expected to fall further still – the Beacon And Bridge Market’s listed price on Sunday was plenty symbolic.

SOLD OUT
Koenigsegg wanted to see 25 copies of the Swedish supercar builder’s Agera RS. At $2 million per, that’s no easy task. But ten months into the Agera RS’s run, all 25 have been sold.

BOLT
The 2017 Chevrolet Bolt, not to be confused with the second-generation range-extended Chevrolet Volt, is an eye-catching hatchback with the potential to severely overshadow the Volt. “From a driving standpoint,” Automobile Magazine writes, “it can make one think a bit of the BMW i3, though the Bimmer is even more spacious inside than the Bolt and has nicer materials to justify the $40K+ price tag.”

CANADA’S FAVOURITES
That’s favourite with a u. Here’s AutoFocus’s list of the 30 most popular new vehicles in Canada in calendar year 2015.

WATCH
Remember Ben Collins? He was Top Gear’s second Stig, the one who simply gave up the secret. Now he’s driving the upcoming Ford Focus RS and explaining the car’s amazing drift modes.