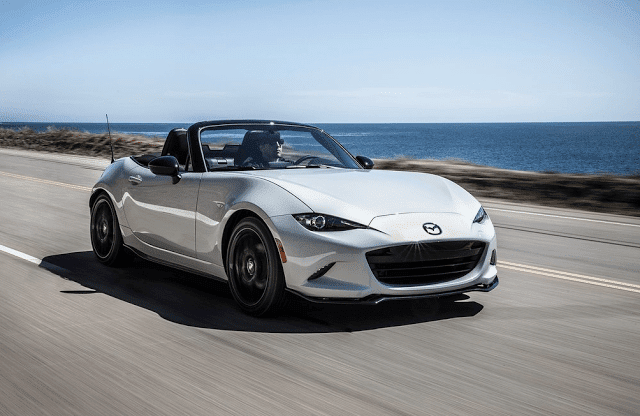 Is there are a more perfectly distilled iteration of affordable driving pleasure than the fourth-generation 2016 Mazda MX-5 Miata?

Strangely, the MX-5 isn’t that sporty in some ways. There’s plenty of body roll and little torque. But the MX-5 is innately connected to its driver, and this is the reason for its decades-long success.

Granted, the MX-5 isn’t quite as successful now as it was just a decade ago. The launch of the new car, in a booming U.S. auto market, has spurred sales in dramatic fashion, year-over-year. Yet compared with the sales pace Mazda achieved in 2006, the new MX-5 is well back.