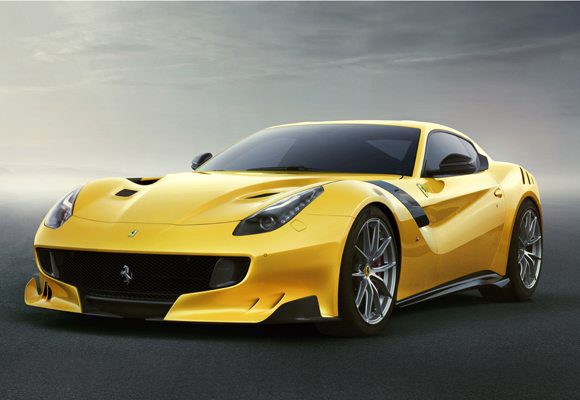 VW
The bills stacking up at Volkswagen – and about to stack up – are hefty. So Volkswagen must save money now. One part of that response is to reduce investment spending by $1 billion. There’s also news that Volkswagen will want to be seen as, that’s right, a cleaner company. So an upcoming Phaeton limo will be all-electric with 186 miles of range.

VW HOLLYWOOD
Paramount Pictures and Leonardo DiCaprio have already bought the rights to what will become a feature film about Volkswagen’s diesel emissions scandal. Let the casting begin. Christopher Waltz for Mathias Mueller?

VW DISCOUNTS
Joey Caperella is a web editor at Automobile Magazine. His local Volkswagen dealer really wants him to buy a new GTI. Check out the full conversation here, including a link to this dealer in St. Louis that’s offering a new GTI with a $6300 discount.

MORE DIESEL
It’s been years since General Motors began selling a diesel version of their current midsize trucks in global markets. The trucks arrived in North America one year ago, and the diesel models will begin to trickle into dealers soon. So what took so long, and how did they meet the EPA’s emissions targets?

FASTER FERRARI
The Ferrari F12 was always a slow car, desperately in need of a weight loss program and increased power and torque, said nobody ever. Ferrari always has good reason to build a faster version of a stupendously quick car, so the F12 TdF – or F12 Tour de France – now generates 769 horsepower with help from a redline that now reaches 8900 rpm. And the TdF is 240 pounds lighter than a typical F12.

TTAC
Through the first nine months of 2015, General Motors sold 124,000 more pickup trucks than Ford in the United States. GM’s full-size trucks, meanwhile, haven’t outsold the F-Series since 2009, but it’s a sure bet they’ll do so in 2015.

WATCH
Most publications don’t yet have the rights to publish their impressions of the 2016 Honda Civic. Honda is noteworthy in its desire to pick dates. But Consumer Reports has driven the tenth-gen car and will tell you a very little bit about it.