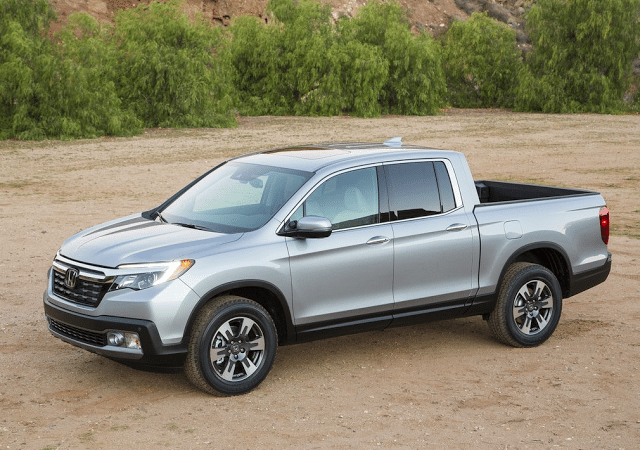 INTERVIEW
New Volkswagen CEO Matthias Mueller, formerly of Porsche, participated in an interview with NPR following remarks he made in the lead-up to Detroit’s North American International Auto Show on Sunday night. The key quotes: “And the other question you mentioned – it was an ethical problem? I cannot understand why you say that,” and moments later, “We didn’t lie.” Mueller’s PR reps clearly knew this was a flop, Mueller spoke with NPR again to clarify matters.

HONDA
The long awaited second-generation Honda Ridgeline looks more like a pickup truck, though it still rides on a unibody platform shared with the Honda Pilot (made obvious by the front-end styling), Acura MDX, and Honda Odyssey. At one point, Honda was able to sell more than 50,000 Ridgelines in America in a single year. But Honda failed to update the truck, it was always going to fill a small niche in the truck market, and its gas-guzzling ways became all the more outrageous as full-size trucks became wildly more efficient. There are still many ingenious features, like a trunk in the bed and a two-way tailgate. And the bed is much larger.

GMC
One key reason the first-generation GM Lambda crossovers (Saturn Outlook, Chevrolet Traverse, Buick Enclave, GMC Acadia) were so successful was their outright size. They’re big vehicles. As a result, they’re big inside. The second-generation GMC Acadia is a real looker, but it’s much, much smaller than the first Acadia.

LINCOLN
The production version of last year’s Lincoln Continental Concept looks very much like the concept. That’s good, regardless of how much you like the design, because an automaker actually did what we always demand they do: make the reality look like the concept.

INFINITI
Years after Infiniti replaced the G37 sedan with the Q50 – and did little more than change the G37 Coupe’s name to Q60 – we finally have a new Infiniti Q60.

LEXUS
Speaking of production cars that look very much like the concept, the 2017 Lexus LC500, the production version of the LF-LC, is an absolute stunner.

KIA
What if Kia built their version of the Range Rover? Well, it would look a lot like this Kia Telluride Concept. Remember, Kia has been in the big SUV game before, but the Borrego arrived at a bad time for the full-size SUV sector and only attracted a handful of buyers.

GENESIS
The Hyundai Genesis becomes the Genesis G80 for model year 2017. Skip the Hyundai part. The next Hyundai Equus isn’t a Hyundai, nor is it an Equus. Rather, they call it the Genesis G90.

WATCH
Ford facelifted the Fusion midsize car for the 2017 model year. Enthusiasts will be excited about a new 2.7L EcoBoost V6 with 325 horsepower. Can you spot the differences of the new car’s styling?