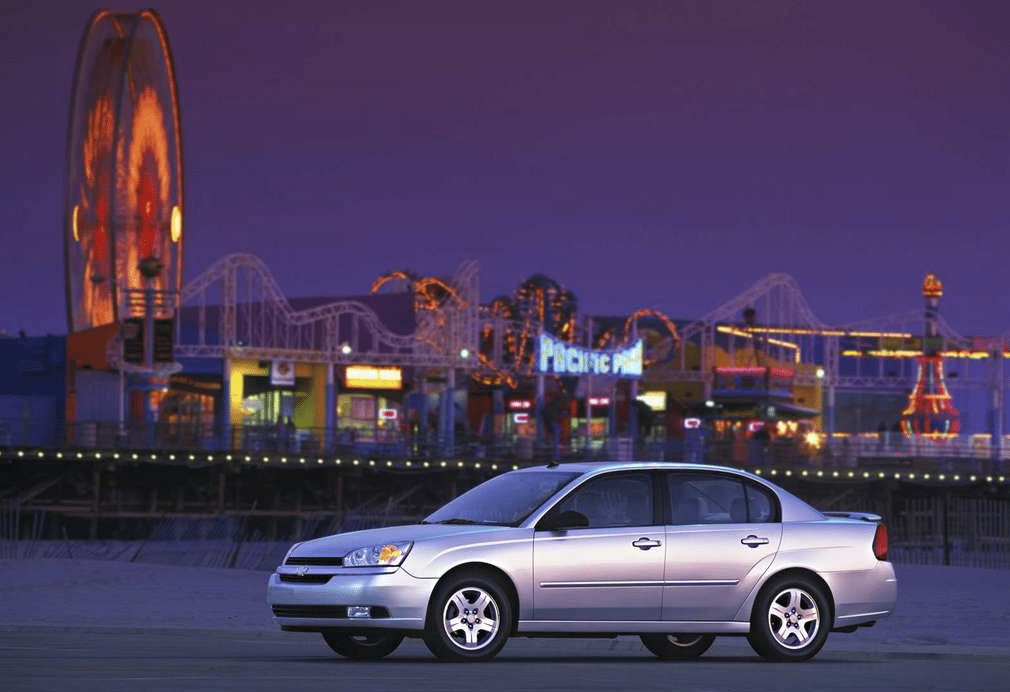 Moving up from 13th in 2003 to the tenth spot in 2004, the Chevrolet Malibu produced the biggest year-over-year improvement of any car on this list of the ten best-selling cars in America in 2004.

One year earlier, the Malibu fell in behind the tenth, 11th, and 12th-best-selling cars, the Pontiac Grand Am, Ford Mustang, and Pontiac Grand Prix, respectively. Grand Am volume slid 14.6% in 2004, Mustang sales dropped 7.5%, and the Grand Prix’s 5% year-over-year increase was only good enough to keep it in the 12th position.

The Toyota Camry, with a 3.3% year-over-year improvement, was again the best-selling car in America in 2004. Its nearest rival, the Honda Accord, slid 2.8%, and finished the year 40,220 sales back of the Camry, just one year after closing the gap to fewer than 16,000 units.