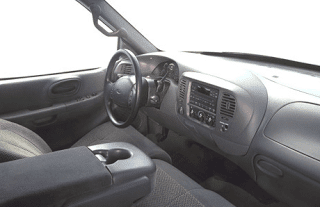 And while it’s easy to get caught up in flattering the F-Series over its mighty sales figures, it’s important to recognize how important its role is, particularly given the fact that it’s the best-selling vehicle at America’s best-selling brand. Excluding the Blue Oval brand, the F-Series, all by itself, outsold all but five brands in 2012. That’s one takedown than the F-Series scored in 2011. More new F-Series trucks landed on American roads in 2012 than GMC and Buicks combined.
All 266 Vehicles Ranked By 2012 Year End U.S. Sales
You get the picture. In this list of the 30 best-selling vehicles in America in 2012, you’ll find four trucks besides the F-Series, one minivan, nine SUVs and crossovers, and 15 passenger cars, including the top-selling Toyota Camry, America’s third-best-selling vehicle overall. Only three of the 30 most popular vehicles in America suffered declining sales in 2012. Ford’s Fusion was late ramping up in second-generation form. The Volkswagen Jetta gained an in-showroom rival in the competitively-priced Passat. And the Chevrolet Impala is as ancient as the hills up which its owners are too old to climb.

You can find historical monthly and yearly sales figures for these 30 vehicles and every other currently marketed product by selecting a make and/or model at GCBC’s Sales Stats home. Links to pertinent best seller lists are visible at the bottom of this post. As soon as is physically possible, GoodCarBadCar will extend this list to include 235 more vehicles – the final year-end U.S. rankings of all models will be the most popular article on GoodCarBadCar.net for the next few weeks.

For now, study these numbers. Get to know them. Enjoy them. Savour them. Do whatever it is you do with auto sales statistics. These were the 30 best-selling vehicles in America in 2012.