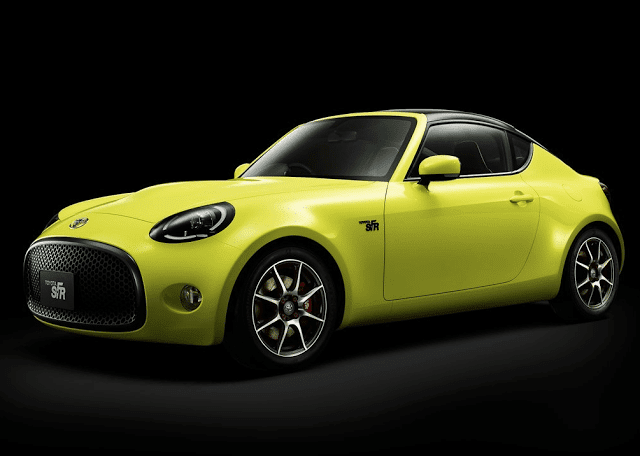 Auto News For Thursday, October 8, 2015 – Toyota SF-R Concept Is The Next Miata Rival

FUTURE
Toyota will showcase a new sports car concept at the Tokyo auto show later this month. The SF-R, not to be confused with the Scion FR-S, is a stunner from some angles, a bit underwhelming from others. The engine is in the front, power is sent to the rear wheels. We don’t know what’s under the hood.

RECALL
General Motors is recalling 29,295 copies of its full-size crossovers, the 2016 Chevrolet Traverse, 2016 GMC Acadia, and 2016 Buick Enclave, because, “the windshield wiper motor may overheat when used.”

TTAC
Fiat Chrysler Automobiles’ U.S. sales figures look very good each and every month. Remove Jeep from the equation, and FCA numbers don’t look so good at all.

REVIEW
Will you want to drive a Mercedes-Benz Metris instead of a Honda Odyssey? Probably not. But might you want a Metris instead of a Ford Transit Connect? That’s more likely. Automobile Magazine says, “The Metris is an impressive entrant in the segment,” giving credit to Mercedes-Benz for filling, “the niche between compact and full-size vans.”

WATCH
Police chases typically don’t end with the perp driving onto a beach, let alone into the ocean.