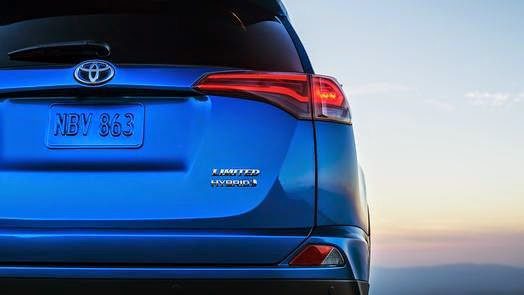 FUTURE
Debuting at the New York auto show next month, Toyota has announced that there will be a hybrid added to the RAV4 lineup for the 2016 model year. In a segment utterly devoid of hybrids – Ford once sold a high-profile Escape Hybrid, however – the RAV4 will have the market cornered.

INSIDE THE AUTO BUSINESS
Hyundai wants to see its U.S. sales increase by 4.7% this year, according to Reuters. That would require Hyundai to sell a record-high 759,827 new vehicles. Through two months of 2015, Hyundai sales were up 4.3% compared with the first two months of 2014. Hyundai sales increased 0.7% in 2014 and 2.5% the year before in markets which expanded at a much faster clip.

RECALL
NHTSA has released full details on GM’s Chevrolet Volt recall. 50,236 Volts from model years 2011, 2012, and 2013 are being recalled because “the battery may drain low enough that the gasoline engine will automatically start itself to recharge the electric battery.”

WATCH
In honour of the late Paul Walker, Edmunds showcases the ten best cars driven by Brian O’Conner in the Fast & Furious franchise.