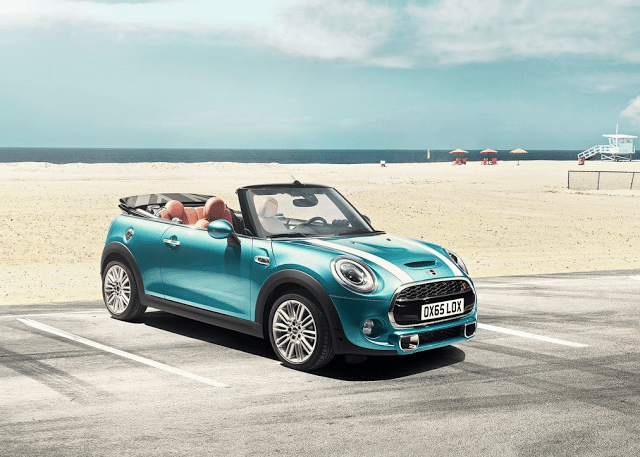 MINI
With the bulk of new Mini sales coming from the company’s biggest models, much of the attention the media pays to BMW’s Mini brand does not revolve around the niche models. And while the Coupe and Roadster are done, BMW’s Mini is forging ahead with a third-generation of the Mini Convertible.

SONIC SHUTDOWN
General Motors is eliminating a shift, and thus 500 jobs, at the plant in Orion Township, Michigan, because consumers don’t want subcompact cars. GM’s subcompact, the Chevrolet Sonic, suffered a 35% year-over-year U.S. sales decline in 2015’s first three quarters. The workers should be able to find work at another GM plant.

RETAIL
Retail sales in Canada increased at a far faster rate than anticipated in August, StatsCan says. But much of the retail sector was flat. The reason for the more significant increase? Auto sales. August new vehicle sales volume was up by more than 2% in Canada.

REVIEW
It’s not the Camaro you want, but it’ll likely be the one you’ll rent if you get a lucky upgrade from a Chrysler 200 in Orlando next winter. Car & Driver reviews the 2016 Camaro V6 with an automatic, saying, “The V6 pulls surprisingly hard and sounds fantastic while doing so,” and, “The optional eight-speed automatic is nearly as flawless.”

In a smaller announcement, Mercedes-Benz is recalling 2580 copies of the 2015 S550 4Matic Coupe; the AMG S63 4Matic Coupe and the AMG S65 because, ” left-side front seat belts may have been installed on the right-side and vice versa.”