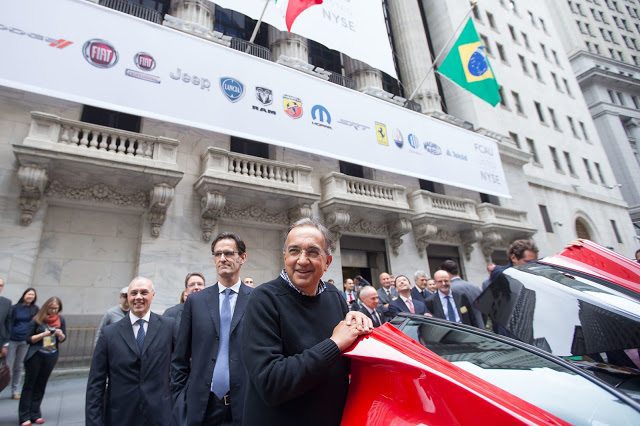 Here are the six must-read, must-watch auto news stories and videos for Monday, February 22, 2016.
FCA’S DEALERS
Writes Autoextremist’s Peter DeLorenzo: “Sergio Marchionne’s grand promise of the rejuvenation of the Fiat brand in the U.S is dangling by a thread. Why? The original five-year agreements that dealer principals signed based on the promises put forth by Marchionne back in 2011 are coming up for renewal, and needless to say, there’s big trouble out in Auburn Hills, because a majority of dealers are having none of it.” – Autoextremist
FCA’S PROMISE
For another outlook, check out the Detroit Free Press. “Fiat Chrysler CEO Sergio Marchionne’s latest reimagining of the company he created could be the highlight of his brilliant career.”
.COM
Tesla began selling the Lotus Elise-based Roadster eight years ago. Tesla is a widely known automaker that has successfully produced an impressive image among car enthusiasts, environmentalists, and technology gurus. And just last week, Tesla finally grabbed the Tesla.com website. – The Verge

USD/CAD
Parity is long gone. One Canadian dollar buys just $0.73 in U.S. currency. What happens when the Canadian dollar plunges? Americans cross the border to buy cars in Canada. And trucks. – Toronto Star
NEW CARS
Honda Civic. Ford F-150. Toyota Camry. These are top-selling models with nomenclature that’s been in use for decades. But the auto industry’s sales are booming, and help from new models is meaningful. These are the Canadian sales figures for the mostly newly introduced vehicles since introduction, from the Alfa Romeo 4C to the Scin iM. – Autofocus.ca
DAYTONA 500
In a Toyota, Denny Hamlin won the 2016 Daytona 500 on Sunday afternoon by less than a nose. The finish was worthy of a second look. And a third.