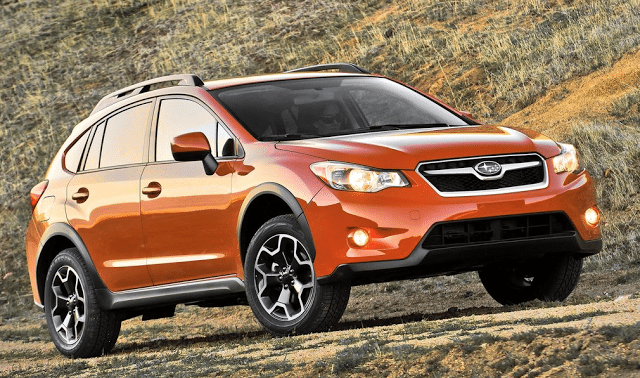 SUBARU
Once upon a time, Subaru decided to really shake things up by referring to the flop that was the B9 Tribeca as simply the Tribeca, sans B9. Fast forward to model year 2016, and the success that is the XV Crosstrek is losing its XV preface.

VW
Outside of the costs already incurred by Volkswagen and the damage done to the brand’s reputation, at least one of the recalls the brand will soon begin won’t be nearly as costly as you likely expected. “The technical fixes for the 1.6-liter diesel engines require installing a 10-euro ($10.74) sensor inside the air filter and a software update,” Reuters says.

SUPERCAR LIVING
You’ve often dreamed of one day owning a proper supercar. But would you really want to live with one on a daily basis? CAR Magazine is going to spend six months with a McLaren 650S Spider. “No-one would dream of running a 458 Speciale as an everyday car, but with its greater refinement, flawless ergonomics and versatile Proactive suspension, the 650S promises to be a supercar you can use like a supermini.”

RECALL
Hyundai is recalling 304,900 copies of the 2011 and 2012 Sonata because, “the brake pedal stopper pad can deteriorate allowing the stop lamp switch plunger to remain extended when the brake pedal is released.”

Toyota is recalling 30,812 copies of the 2013-2015 Avalon and the 2013-2015 Lexus ES350 and Lexus ES300h because, “the Pre-Collision System may unexpectedly activate and apply the brakes when the radar detects a steel joint or plate in the roadway as an object.”

WATCH
We’ve been waiting, and it’s finally here. 52 minutes of Chris Harris, Tiff Needell, and Marino Franchitti hustling the Ferrari LaFerrari, Porsche 918 Spyder, and McLaren P1 around the circuit at Portimao is how you’re going to spend the next 52 minutes of your day.

WATCH MORE
It’s been more than two years since we spent two weeks with the third-generation Acura MDX. Now it’s time for an Alex On Autos video review of the 2016 MDX.