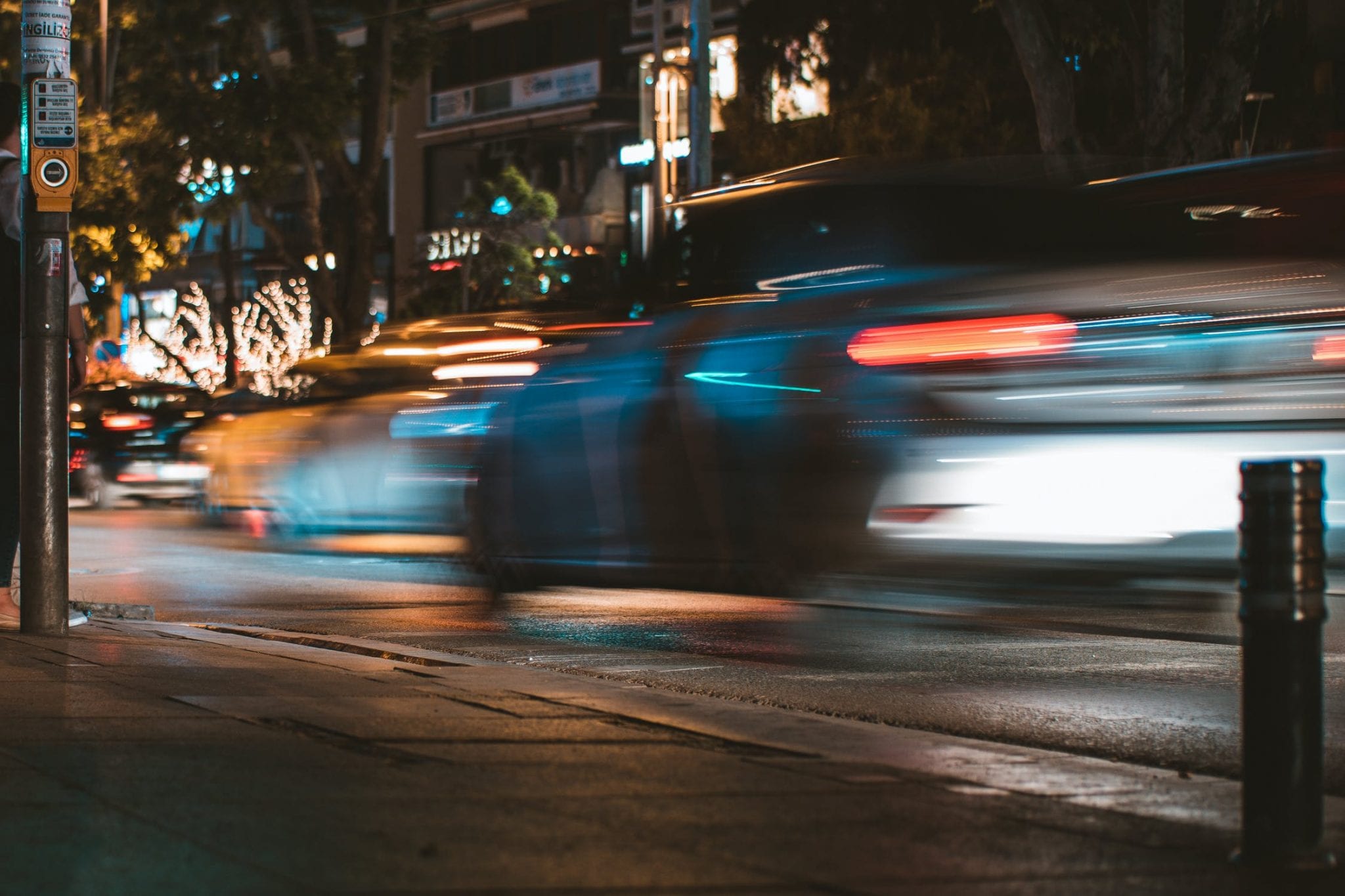 It is an undeniable fact that more and more cars are coming onto the roads of America year after year. Either new cars for the model year, lightly used cars, or even antique cars that have been restored and the owners want to take them out for a drive. At the same time as there are more cars, there are also more and more distractions to take a driver’s attention from the road.

These distractions come in many forms, although by far the most common are smartphones. In fact, many experts estimate that during the major commuting hours of the day, as many as 660,000 drivers are actively using their smartphones, and another 400,000 thousand are distracted during non-peak hours.

That is just one example of distracted driving, the literal tip of the iceberg when it comes down to it. What is truly frightening about these distractions and the accidents that occur because of them is that they are not diminishing. They are in fact happening more and more often, including single-vehicle accidents, car vs pedestrian accidents, and car vs motorcycle/cyclist accidents. 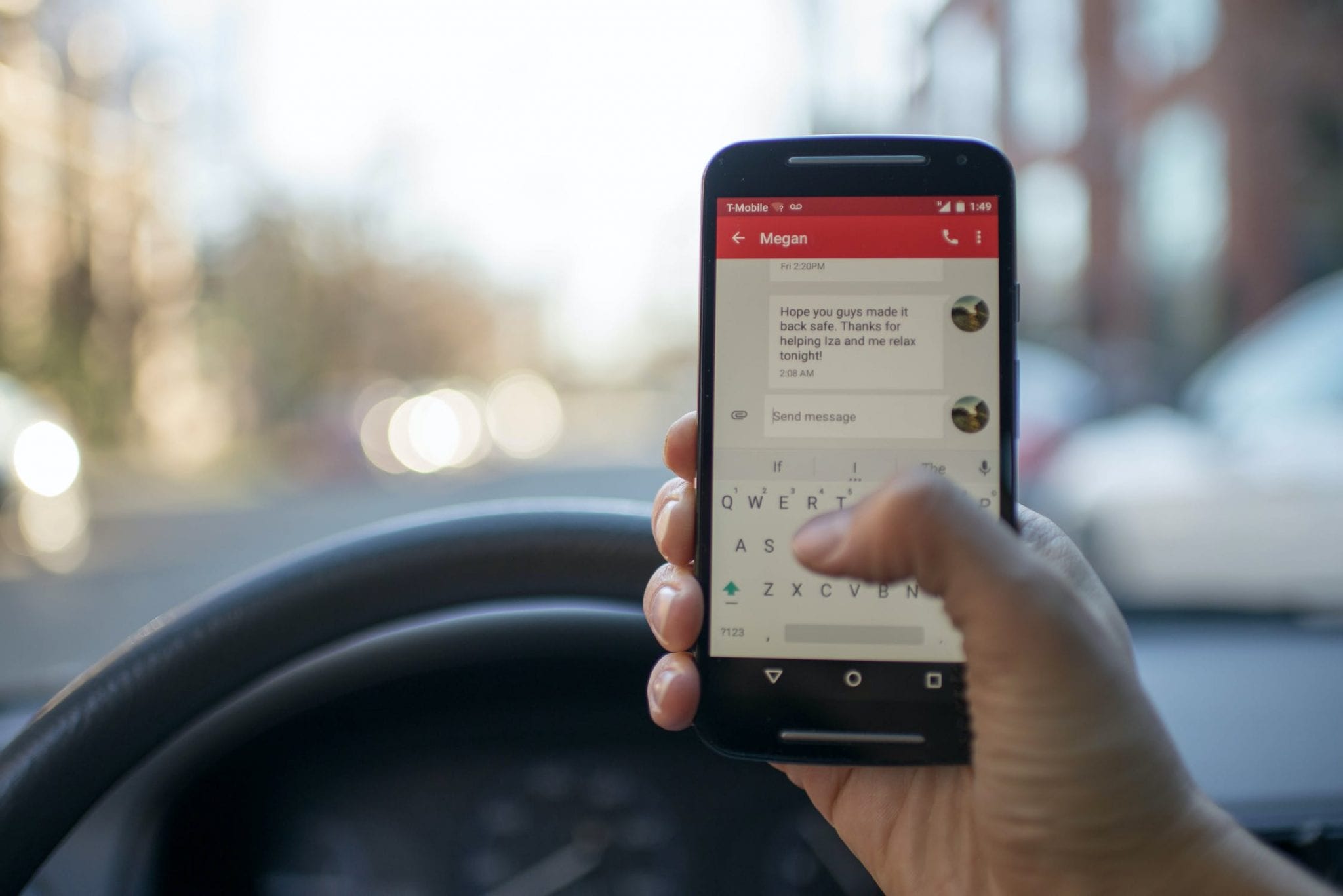 Not even 15 years ago, a cell phone was a small luxury. You had to pay for the phone itself, the service plan, and the devices were usually either flip-phones or slide-phones. The first smart devices, such as the Blackberry, were on the high end of the spectrum, affordable only to businesses and wealthy individuals.

In 2005, the amount of accidents that occured because of distracted driving was so low that it was barely worth mentioning in a crash causation study done by the NHTSA. The leading reasons were errors in recognition, decision making, or performance of a decision. These were attributed more to lack of knowledge or impairment via substances, with distracted driving clumped in with “Other.”

Move forward to 2016, after the smartphone boom is well and truly started, and having a smart device is almost a requirement. Cars and trucks now have technology such as multiple LCD screens, infotainment systems, buttons everywhere that you might need to take your eyes off the road for a second to hit. But for many, that is one second too long.

In fact, according to the Virginia Tech Transportation Institute, distracted driving of some kind, including impairment, fatigue, or active distraction, was related to the cause of 90% of all accidents. In comparison, weather was a factor in just 20%, and tailgating and road rage a factor in just under 30%.

So how did it come to this?

The honest answer lies in both driver attitude and American culture. The USA has transitioned from a nation where things took time to a nation of instant gratification. It used to be that if you wanted to learn what had happened during the day, you’d either watch the evening news or read the newspaper the next morning. These days, you can have news alerts pop up the instant they are happening.

Where attitude factors into this is that far too often, the news flash, the text, the picture that pops up on a smartphone is prioritized over the act of driving. Lane departure systems, radar guided cruise control, and semi-automatic driving (Tesla’s Autopilot, for example) are being trusted beyond what they are designed to do. As such, the act of driving is shuffled down the order, and only when it’s too late does it snap back to the top of the list. 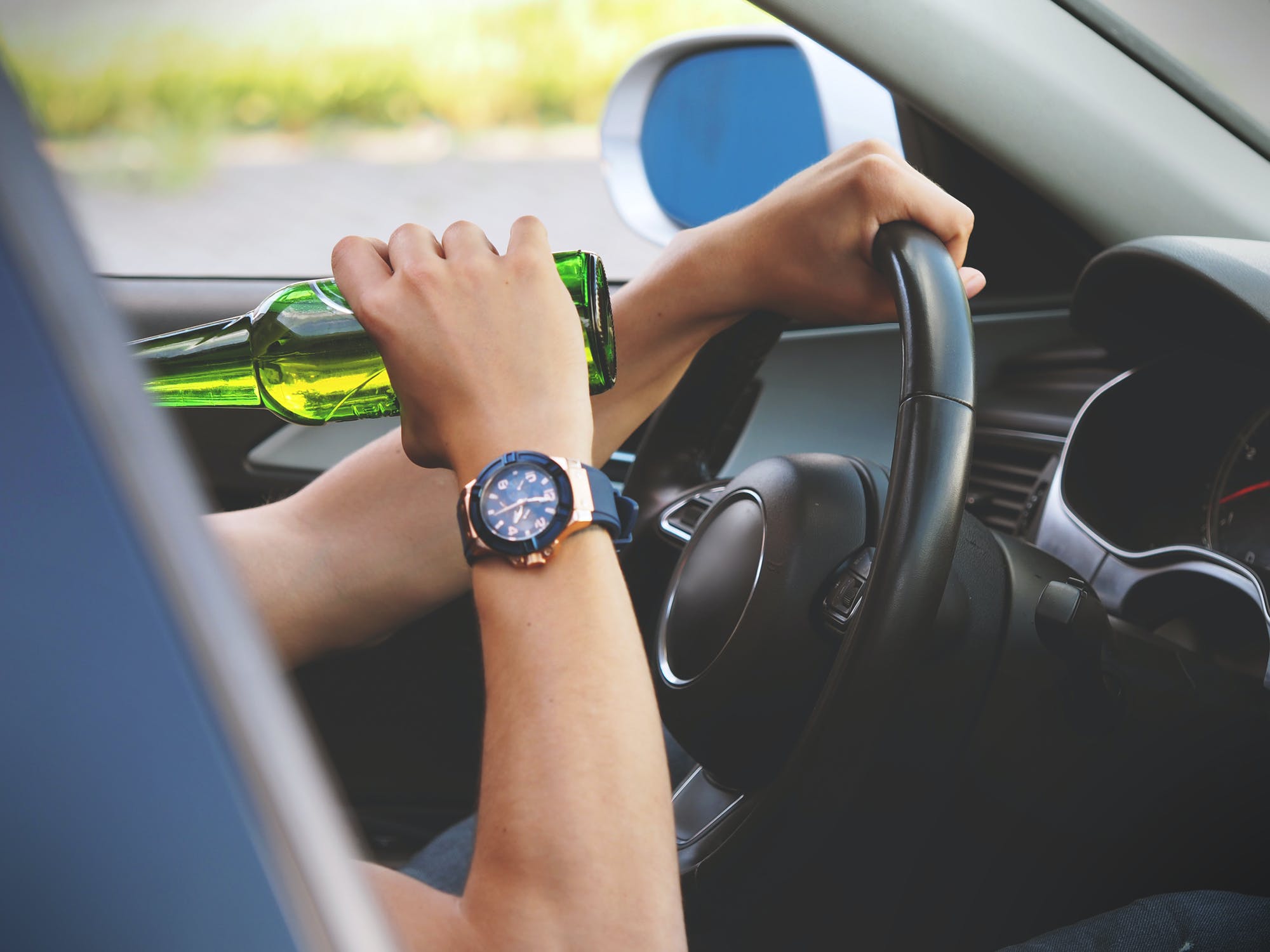 Ask any motorcyclist the following question: “What scares you more, a sudden burst of rain, strong winds across the highway, or a driver on their phone?” At least 90% of those motorcyclists, guaranteed, will answer a driver on their phone. The reason we bring this up is that in not-at-fault motorcycle accidents, including fatalities, distracted driving is the number one cause.

According to the attorneys at Blasingame, Burch, Garrard,  & Ashley, PC from Athens, Georgia, the leading cause of injury accidents and fatalities in that state alone is driver negligence, which includes distraction by a smart device or impairment by substances. In 2018, there were 1,504 traffic fatalities in Georgia, which passed a hands-free law in 2017. Of those fatalities, 261 were vehicle vs pedestrian, and in the majority of those accidents, distraction was the leading cause.

Why Is An Attorney Recommended If You Are Not At Fault? 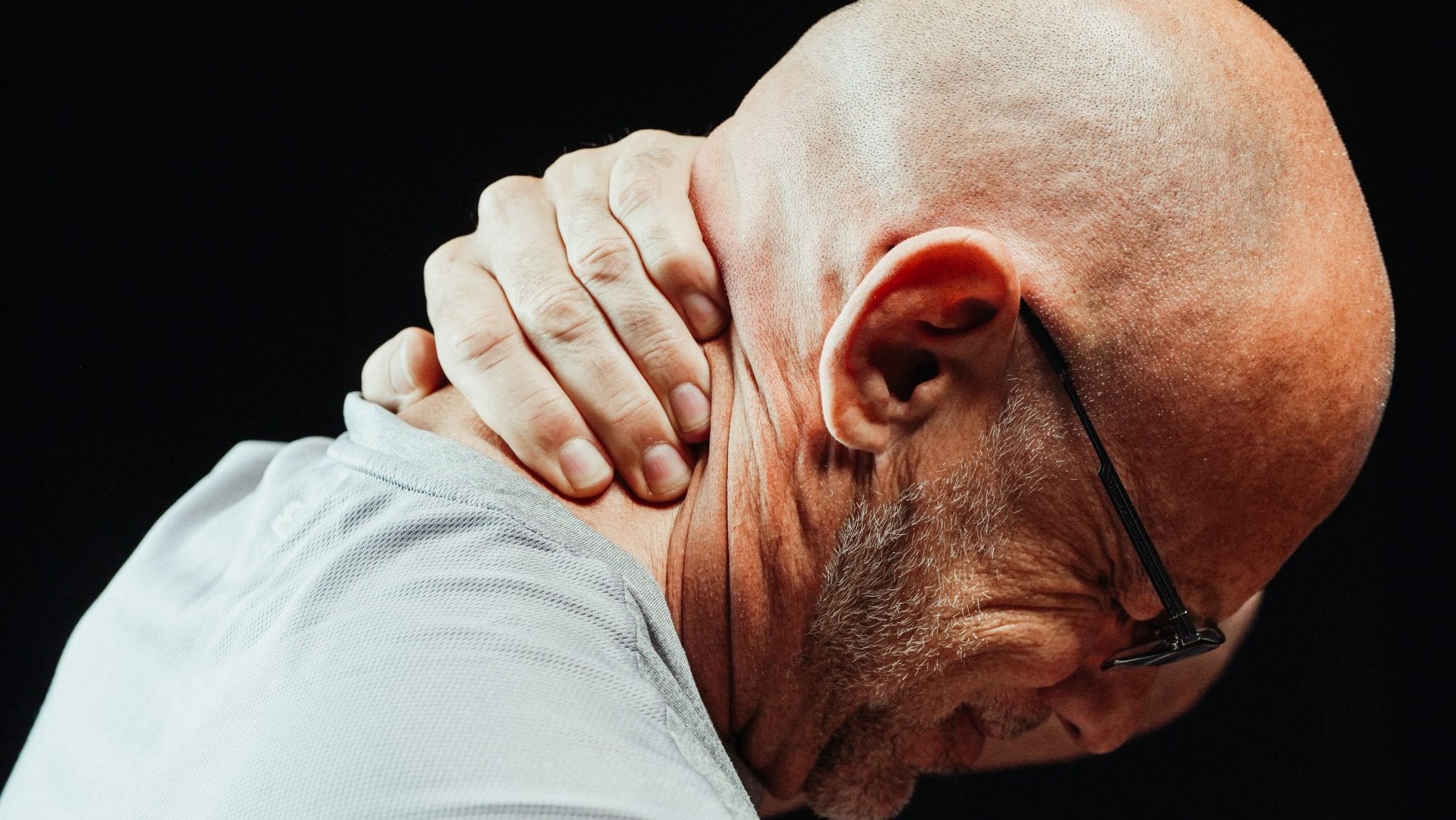 Not all accidents result in fatalities, thankfully. However, many accidents can be life altering, either through injury or financial burden. Broken bones, soft tissue injuries, permanent disability, and paralysis are all results of car accidents. The worst result of a non-fatality accident, however, is traumatic brain injuries. It is one of the key reasons that insurance is required to drive a vehicle that includes liability coverage.

In many states, including Georgia, it is up to the injured driver to both prove that they were not negligent, as well as pursue compensation from the negligent party’s insurance. This is known as the “Duty of Care” concept, where as part of receiving a driver’s license and obtaining insurance, a party is accepting a duty of care to drive in a safe manner.

This is also the reason that it is highly recommended that if you are involved in an accident where you are not at fault, retaining injury accident attorneys is key. The legal system related to insurance claims and pursuing compensation and damages is daunting, however these attorneys are experts in navigating the labyrinth and obtaining fair results.

Liability is the largest part of that compensation, and whatever is not covered by an insurer is passed down to the negligent party to pay. This is why almost every guide you will find out there on the internet recommends $2 million liability, as the average accident can have costs well North of $1 million if you factor in medical payments, legal fees, and potential long term disability. In fact, even something as simple as a broken foot from a collision accident can end up near $850,000 in compensatory damages.

Another reason to retain an attorney is a bit more unpleasant, but just as important. An insurer will almost always try to settle any case quickly. They might use uncommon language and terms, offer a “good settlement” that is actually a lowball offer, or try to pressure a claimant into accepting their terms “or else.” An accident attorney is your guardian against all this.

An attorney’s job is to deflect those lowball offers, advise you on the correct steps to take in building your case, and they can speak to insurers in their own language so you don’t have to. Cases can get dismissed with no compensation if even one thing is incorrectly stated, which is another area where an attorney can advise you what to say, what not to say, and who to talk to in regards to your not-at-fault accident.

What Can Be Done To Improve Safety?

Unfortunately, for the vast majority of drivers out there, no amount of advice, lessons, dashcam compilations on YouTube, or cold, unfeeling numbers will convince them to change their attitude. Often, the prevailing thought of “It won’t happen to me” is present, and with all the driver aids that cars these days come equipped with, it adds just another layer of excuses.

For those that will listen, the message is simple. Driving is a privilege, not a right, and the act of driving must be done with full awareness and diligence. No driver aids, safety systems, and semi-automatic driving modes will ever be held legally responsible for an accident. The driver, the human being behind the wheel, is the sole party responsible for the safe operation of the vehicle.

This means that it is up to the driver to scan the road ahead, check their mirrors, control their speed and spacing, control their own emotions, position their vehicle for safety, and constantly be aware of everything around them.

Going for a lane change? Check your mirrors, then do a good shoulder check. Motorcycles are quite small and can get lost in blind spots. Someone cut you off and waved their middle finger at you? Ease off the gas, build up a 2 second space cushion, and breathe normally.

While this may not decrease the amount of accidents occurring on American roads every day, by driving in an active and engaged manner, at the very least you’re mitigating your own chances of it happening to you.

And put your phone away. No text, call, or bit of news is more important than a human life.