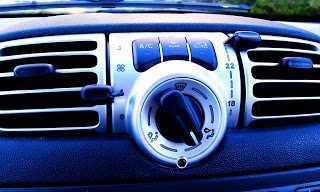 GoodCarBadCar.net’s long-term 2009 smart fortwo refuses to blow hot hair. In fact, the smart car isn’t blowing any kind of air whatsoever. The fan speed has five settings: off, 1, 2, 3, and 4. (Fan speed 2 is actually symbolized as a fan.) Temperature controls are in celsuis, from sub-18C to 26+C. The blower can be set to defrost, upper-cabin, foot-level-cabin, or combinations of the three. Regardless of the setting, GCBC’s long-term smart fortwo won’t blow a’tall.

Curiously, this off-the-wall problem is well-chronicled at smartcarofamerica.com. That smart could’ve been having these problems, safety problems that they are, as far back as late 2008 and done nothing about it is appalling. Imagine The Good Car Guy driving along as the temperatures outdoors rise and rain starts to fall. The car instantly fogs up and what’re we to do? Turn the blower on, right? Except the blower refuses to blow.

Thankfully, our local smart dealership, O’Regan’s Mercedes-Benz/smart, is close by. But this is Sunday. The problem may have started Friday – the fan was taking its time turning on but then blowing full blast – but only on Saturday night was the blower problem full-blown. After many minutes of waiting, The Good Car Girl eventually found heat when she was about ready to arrive back at GCBC Towers. During 15-20 minutes away from GCBC Towers today, November 20/2010, a Sunday, the smart car’s blower never came on. The temperature was, according to the smart’s thermometer, -1C (30.2F). We hope to land the smart at O’Regan’s tomorrow for a quick fix. Oh, and within the last couple weeks, the long-term smart’s steering wheel has started to peel away at the 12 o’clock position. Along with the smart’s blinker knob problem from the summer, this all goes against the initial feeling we had that the smart felt like it was built more like a Benz than a Bajaj.

*Update*
November 22/2010 @ 4:52pm
GoodCarBadCar.net’s long-term 2009 smart fortwo has been fitted with a new blower motor. The car was at O’Regan’s Mercedes-Benz from 9:30 to the time the repair was completed, under warranty, at 4:00 this afternoon. A thorough exterior wash has made the smart as shiny as new, too. It became apparent after feeling and hearing the effects of the new blower motor that the old blower’s performance over the last couple weeks had gradually worsened, even when it was operating “correctly”. The charge for this repair, had it not been under warranty, would have been at least $225 but could have been as high as $400+ when taking retail parts costs and labour into consideration.