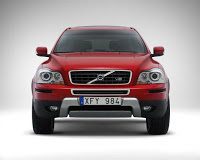 Volvo’s two highest-priced vehicles are faced with a recall affecting their engine mounts. The S80 sedan and XC90 SUV could have been manufactured with bolts that failed to mount the engine properly. As NHTSA says, a “lack of adequate clamping force” could eventually lead to unintended contact of the engine with the subframe. That eventuality could lead to reduced engine power or stalling. That could…. suck.

There are very few vehicles involved, however, because the S80s and XC90s affected by this Recall are only the 2008 model year, V8-powered vehicles. There’s barely more than 100 of such vehicles. In addition, Volvo’s small wagon, the 2008 V50, is being recalled for poor roof rail mounting. Bad bolts again.