While bashing the Xterra’s lack of success (and consumers’ collective unwillingness to give traditional SUVs a chance), we should talk about the Toyota 4Runner. Reverting back to its original mission (a bit), the 2010 Toyota 4Runner looked like the type of vehicle that could restore dignity to the badge, but I’m not sure anyone expected Toyota to post a 136% increase in 4Runner sales in 2010. How ’bout the Jeep Wrangler – things have tailed off in the end of the year a little, but Wrangler sales were up 15% in 2010. For some of that Xterra perspective, 4Runner sales in 2005 were 103,830; Wrangler sales barely topped 79,000.

It’s a little early to be positing lasting theories on the mini-battle between the 2011 Nissan Juke and 2011 Mitsubishi Outlander Sport. Nevertheless, the Juke beat the Outlander Sport by a little less than 3-to-1 in December and better than 5-to-1 during the short period they were on sale at the end of 2010. A more pertinent comparison pits the Kia Sorento against the Hyundai Santa Fe. Kia won that battle over the parent company by 32,305 sales. Here’s another race few paid any attention to from the third Graph below: American brands sold 598,925 smallerish SUVs and crossovers in 2010; Japanese brands sold 633,165. 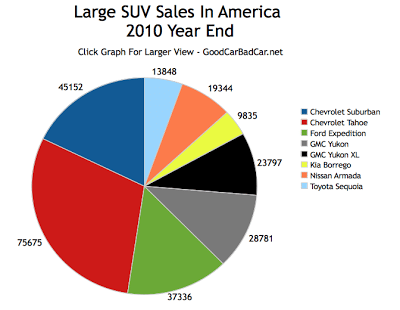 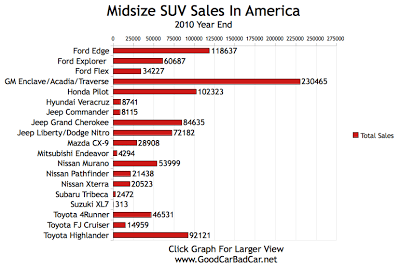 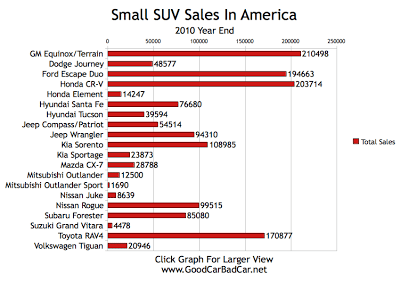