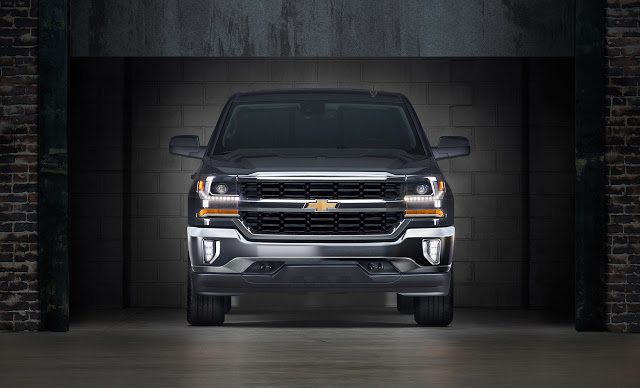 HYBRID TRUCKS
General Motors is once again hopping into the hybrid pickup truck business, and once again, the setup is anything but exhaustive. The 5.3L V8 engine will always be required in order to power the Silverado and Sierra. But fuel economy for the 5.3L rises to match that of the basic V6 full-size truck. – Car & Driver

DEADLINE
Justice Breyer – no, not that Justice Breyer, let’s not get into SCOTUS politics here – says Volkswagen must prove by March 24, 2016, how the company plans to remedy the emissions cheat in some 600,000 vehicles in the United States. Check your calendar. That’s less than a month away. – Automotive News

ECO OR BOOST OR BOTH?
We weren’t huge fans of the Ford Mustang’s 2.3L EcoBoost four-cylinder when we spent time in a special edition sixth-gen Mustang convertible last summer. It’s not that the engine was bad, just that the V6 is plenty fine and the V8 is so enticing. When it comes to fuel economy, the difference between the EcoBoost and the Mustang GT’s V8 can be quite striking, as shown by a 109-mile loop in which the Mustang EcoBoost achieved 29.5 miles per gallon and the GT 22.3. Yet the writers at Automobile still said, “If it were our cash, we’d work overtime until we could afford the GT and its thirst for 91-octane.”

AVANT
In North America, Audi correctly assumes you don’t want a traditional wagon. (Based on the low numbers achieved by the A4 Allroad, you don’t really want an elevated wagon, either.) But in other parts of the world, Audi will sell an Avant wagon version of the new Audi A4, and there will be an S4 version of the sedan and, you guessed it, the Avant as well. – CarAdvice
BRONCO
Ford says the company will fill four additional slots in its SUV lineup by 2020. We firmly believe one will be a subcompact crossover, essentially a next-generation of the Ford EcoSport sold elsewhere. We also assume another will be a new Bronco, particularly now that Toyota’s FJ Cruiser and Nissan’s Xterra won’t be around to tangle with the Jeep Wrangler. But what might a new Bronco look like? – Road & Track
WATCH

We told you yesterday about the Car & Driver performance test results achieved by Mercedes-Benz’s G63 AMG. Here’s Britain’s Fifth Gear putting the G63 AMG through a series of challenges, including a tow test at 90 mph. Americans buy or lease more than 300 G-Class SUVs every month.