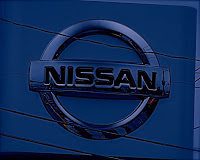 Nissan’s truck and SUV sales fell off with emphasis in the month ending yesterday. Compared with September of 2008, Nissan’s “truck” Sales Stats show a downturn of 23.5%. Car sales, however, were up a substantial 9.4% at Nissan. As a whole, the division’s sales were down 0.9% year-over-year.

Check out Nissan’s status in the Top 10 U.S. Automakers

Thank the Versa and Sentra for pulling things together. Altima, Maxima, GT-R, and 370Z were all down. The Cube, of course, wasn’t available last year so Nissan marks its percentage increase as +100%. On the truck side only the Frontier (up 8 units) and Armada (+2 ) posted improved Numbers over September of 2008. The worst showing came from Nissan’s minivan, the Quest, with barely any sales to show for itself and a decline of 89.8% from last September. For the full rundown of every Nissan model, head through the jump.