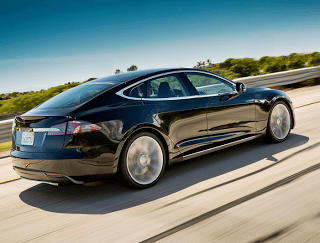 The Honda Accord continues to feature the most sought after U.S. and Canadian sales figures at GoodCarBadCar.net. Newly added to the list of the most popular cars at GCBC is the Tesla Model S. The Fiat 500L moved up to second spot after U.S. sales shot up to 962 units in July. The Chevrolet Volt fell back to fifth spot.

Nine of the ten most read July sales articles at GCBC were U.S.-oriented stories. America’s July editions of the best-selling car, SUV, truck, and luxury vehicle lists all cracked the top ten.

After a week of driving the 2014 Acura MDX around Prince Edward Island – and writing about it – no review at GoodCarBadCar was read more often during the month of August. Another vehicle that made a trip to PEI, the Volkswagen Golf TDI Wolfsburg, fell from top spot to the second-most-read review at GCBC.

Automobile manufacturers will begin reporting their August and year-to-date sales figures on Wednesday, September 4, 2013. GoodCarBadCar will be updated throughout the day with brand results from both the United States and Canada. Later on Wednesday, U.S. August best seller lists for cars and trucks and SUVs will be published, as well.