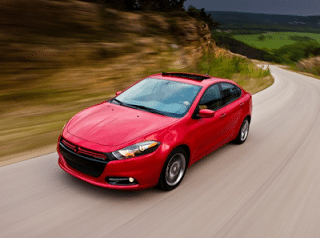 Although GoodCarBadCar.net grew out of the new car reviews I once provided to the mainstream media, this site has long since become focused on North American auto sales figures. Best seller lists, segment breakdowns, brand rankings, market share charts – you name it, it’s here.

But in the last five weeks, GoodCarBadCar has hosted five new car reviews, as manufacturers have come to recognize that the typical GCBC reader is inordinately “automotively aware.” This isn’t a conventional car website, one that updates you on the 2013 Toyonda Camafusion’s paint colour changes. U.S. and Canadian sales figures are obsessed over, and the people who are on the lookout for such figures are very conscious of what’s going on in the car world. In other words, it’s a good place for manufacturers to have their cars displayed. Or so the theory goes.

Yesterday, for the first time since 266 vehicles were ranked by 2012 U.S. sales volume (on the 7th of January), an article other than that one was the most actively-read story on GoodCarBadCar. That post? My absurdly lengthy review of the 2013 Volkswagen Golf R. (Keep your eyes peeled for a review of the Volkswagen Jetta Turbo Hybrid in the near future.)

Nevertheless, throughout the month of January, auto sales figures were the driving force at GCBC, the engine that kept this train moving. The ten most popular GCBC posts from January are listed below, followed by the ten most commonly searched cars. You can find a wealth of best seller lists, segment breakdowns, and model-by-model sales rankings by accessing three key pages. But if you simply want to read what others have read, click the links below.