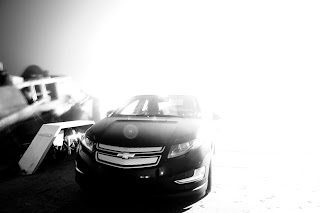 Although its figures aren’t thoroughly reported, although U.S. data in particular is hard to come by on anything more than a quarterly basis, Tesla Model S sales figures are currently the most commonly searched model-specific sales figures at GoodCarBadCar.net.

The Honda Accord and Honda Civic form the second and sixth-most-popular cars at GCBC. Pickup trucks claim the fourth and tenth spots. Fiats reside in the fifth and seventh positions.

America’s top-selling car, the Toyota Camry, is the eighth-most-commonly-searched car at GCBC, and the Acura MDX – which features in GCBC’s most-read review in September – also took a spot in GCBC’s rankings of the ten most popular autos, sales figures-wise, in September 2013. Chevrolet’s Volt held on to a podium position. Only the Accord’s page has received more views than the Volt’s during the first three quarters of 2013.

Automobile manufacturers will begin reporting their September and year-to-date sales figures on Tuesday, October 1, 2013. GoodCarBadCar will be updated throughout the day with brand results from both the United States and Canada. Later on Tuesday, U.S. September best seller lists for cars and trucks and SUVs will be published, as well.

As always, sales figures for all manufacturers, makes, and models will be updated in GCBC’s free searchable database of historical monthly and yearly sales data. And the in-depth breakdown of new vehicle sales begins in earnest straightaway at the beginning of the month.