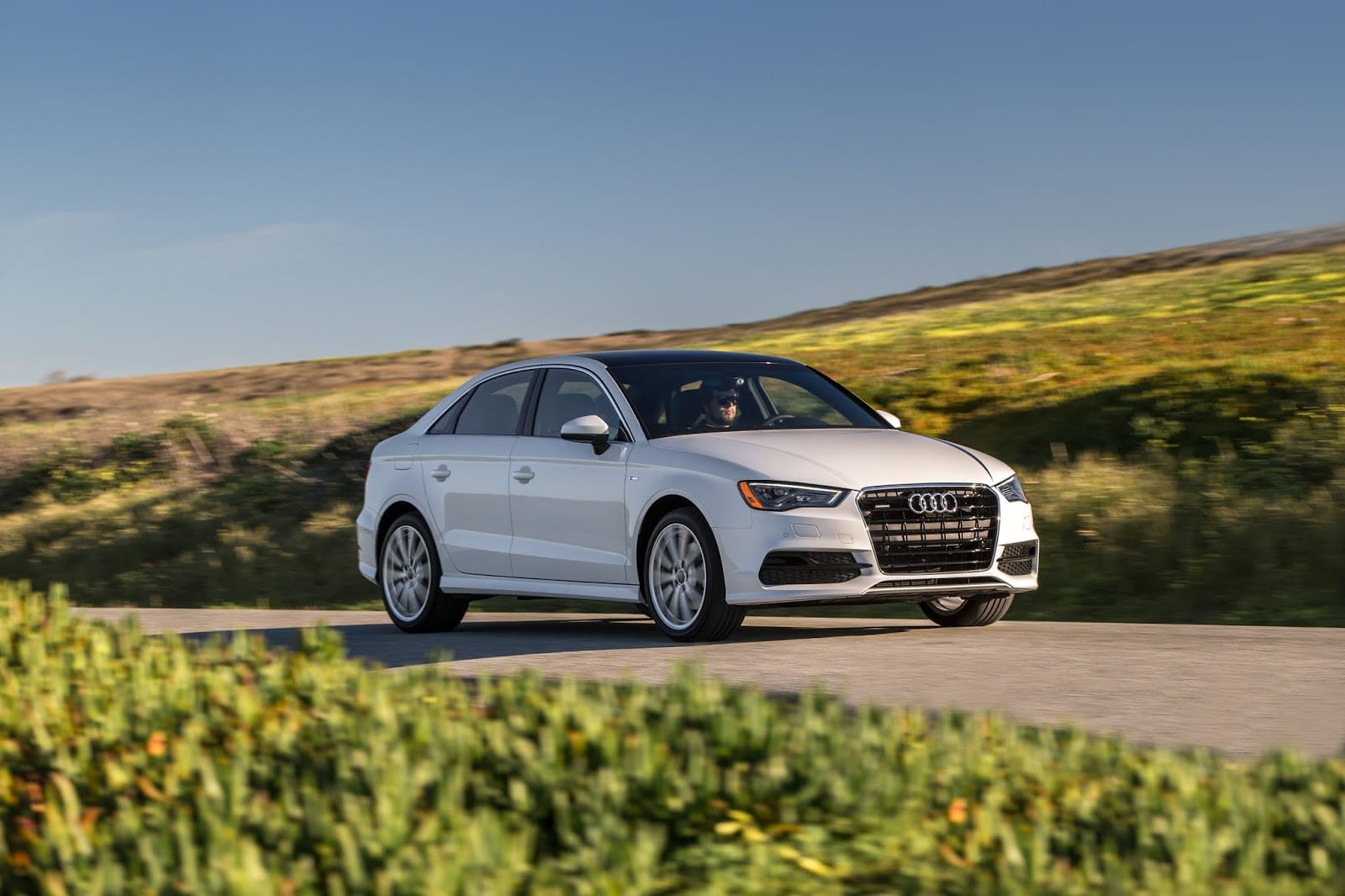 Mercedes-Benz CLA And Audi A3 Are Identically Popular – U.S. 2014 Sales 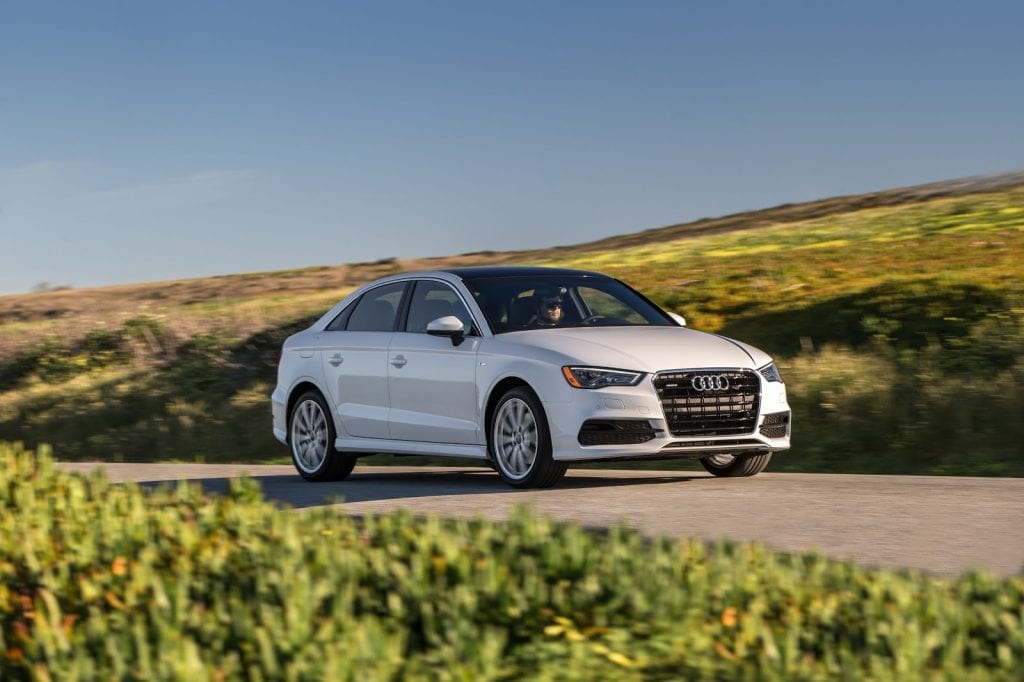 The Mercedes-Benz CLA-Class and Audi A3 attained almost identical levels of popularity in the United States in 2014.

But you’ll remember that the CLA arrived at the end of 2013’s third-quarter. The A3 sedan, a replacement for the A3 hatch which never sold as often as this new car, began trickling into dealers in February of this year but wasn’t readily available until April.

Over the final three-quarters of 2014, Audi USA reported 21,387 A3 sales, 151 more than the figure achieved by the CLA over the same period.

With great frequency, the vehicles marketed by rival German luxury brands aren’t necessarily direct competitors. The CLS, for instance, is a $66,000 sedan with no diesel option; Audi’s A7 is a $66,000 hatchback with diesel availability. S-Class pricing starts 28% beyond the BMW 7-Series’ base MSRP. The E-Class Benz is available as a wagon; BMW’s 5-Series is sadly offered as a ghastly hatchback instead.

The members of this entry-level duo, however, could hardly target the other with greater precision. They are closely aligned in terms of pricing, are available with turbocharged four-cylinders, and send power to the front or all four wheels.The fact that they sell at the same pace speaks volumes about the differing tastes of consumers who are looking for the same type of car. 50.184% of the clientele goes Audi’s conservatively-designed direction; 49.82% head to the Mercedes-Benz showroom for swoopier styling. 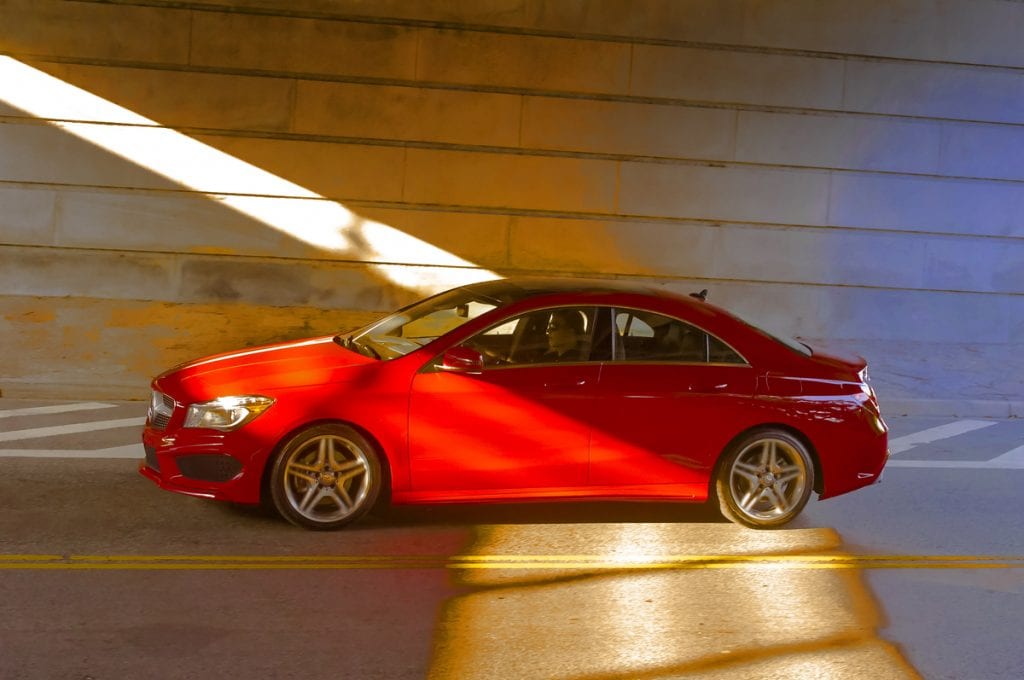 Mercedes-Benz made greater headway at the end of 2014. Q4 sales, at 9158 units, accounted for one-third of the CLA’s year-end total. Granted, year-over-year volume in the fourth-quarter plummeted 22% compared with the same period one year earlier when the CLA was the freshest produce on the shelves. But fourth-quarter volume rose to the highest level of the year, as if to clarify that the arrival of the GLA crossover/hatch was not going to have an impact on the CLA’s success. The GLA went on sale in September. Q4 volume for that vehicle totalled 5893 units.

At Audi, the fourth-quarter also represented the best period yet for the A3, though at 7581 units, the Audi was well back of the Benz. Audi’s GLA-fighting Q3 went on sale in August. 1092 were sold in September but monthly volume in the fourth-quarter predictably fell from that high. 2319 Q3s were sold between October and December. 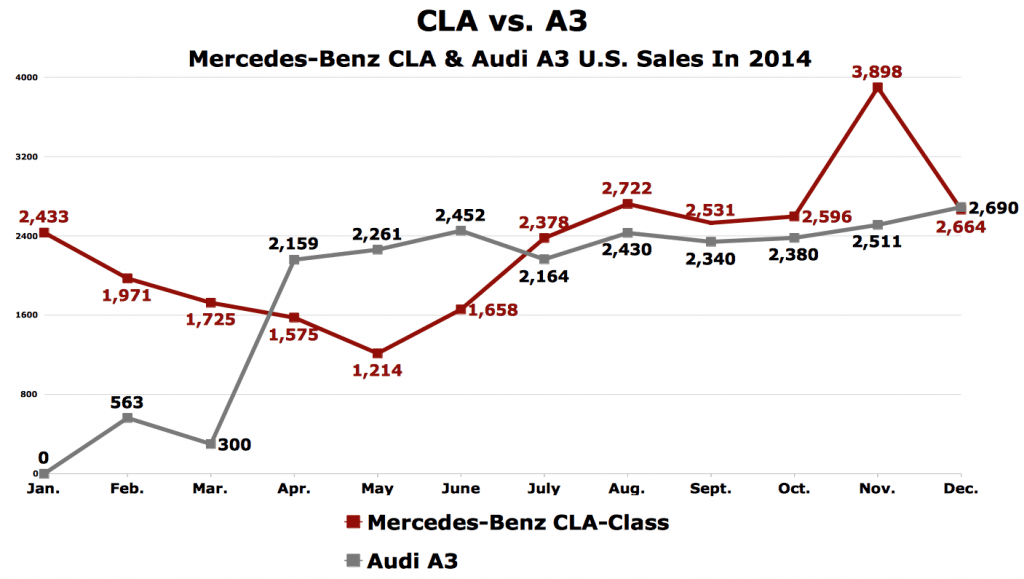 Top-tier luxury nameplates are both more expensive and significantly more common. BMW’s wide-ranging 3-Series/4-Series family generated a 19% increase to 142,232 sales in 2014. Mercedes-Benz sold more than 75,000 C-Classes and more than 66,000 E-Classes in a down year. The Lexus ES, BMW 5-Series, Lexus IS, Audi A4, Infiniti Q50, Lincoln MKZ, Cadillac CTS, and Cadillac ATS each produced more U.S. sales in 2014 than either the CLA and A3, as well.

This post also appears in full today on The Truth About Cars.