IS GENERAL MOTORS LAMBDA PLATFORM BIG ENOUGH FOR NEXT ESCALADE?

Rumours abound that with the soon-coming stiffening of miles-per-gallon standards in the United States that General Motors is considering arresting the development of larger Cadillacs (or has already) and that the next Cadillac Escalade won’t be on a shared platform with the GMC Yukon and Chevrolet Tahoe. 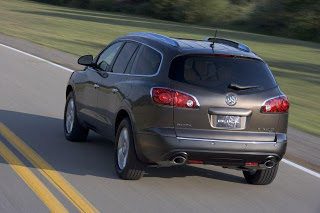