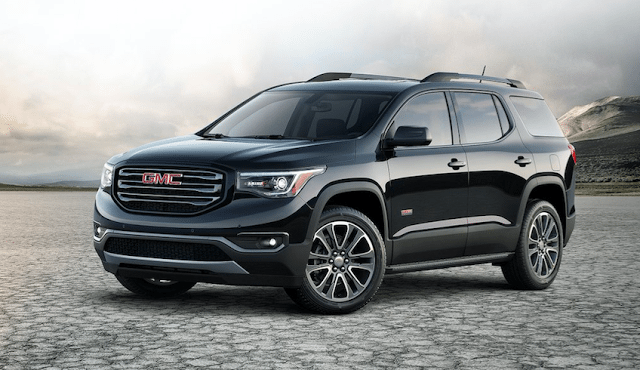 ACADIA
What’s better than one large old Acadia and one new smaller Acadia? General Motors plans to sell both Acadias side by side. Although GM says that both will be offered to retail customers, the outgoing Acadia is more likely to be fleet-oriented in practice. – Automotive News

10-SPEED
Get your old 10-speed out of the garage – it’s about to be all the rage. Not only does the new Ford F-150 SVT Raptor send its EcoBoost V6’s power to all four wheels via a 10-speed automatic, the new Chevrolet Camaro ZL1 uses the same 10-speed transmission. – Road & Track

S90 PRICED IN £
Pricing for the gorgeous new Volvo S90 has been released in the UK. At £32,555 is a few hundred pounds more than the basic Audi A6, a prime rival. This offers fair guidance of the S90’s positioning in North America. – CAR

TSI
Yes, the TDI is gone, if not forever than certainly for a while. (Volkswagen hasn’t sold a TDI diesel vehicle in North America since September.) But there’s still the TSI. In the basic Golf, the 1.8 turbo is a gem, but can it measure up to the TDI on a long-term basis? – Car & Driver

WATCH
No, it’s not a 4.4L V8 from the E39 5-Series. But the 3.0L turbo in the new BMW 340i is actually more powerful than the V8. Here’s Alex On Autos video review of the 340i, the most thorough and detailed video review of this car on YouTube.