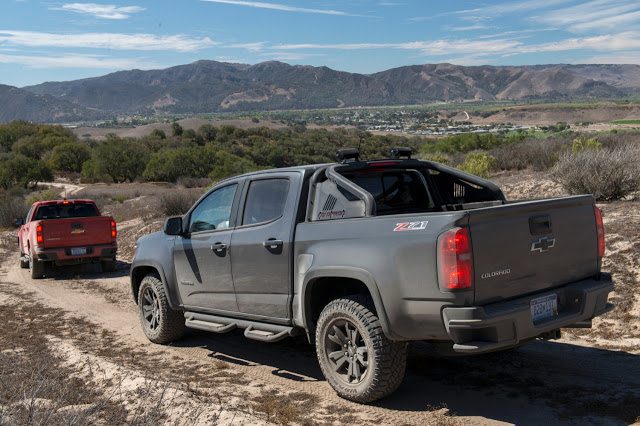 DIESEL
Why haven’t purchasers of diesel-powered Chevrolet Colorados and GMC Canyons received their pickup trucks yet?

INSIDE THE AUTO INDUSTRY
It’s been a strong December, and there’s reason to believe, maybe this year will definitely be better than the last. U.S. auto sales are surging once again in December, forecasters say, and the record set in 2000 of 17.4 million sales seems almost certain to be broken by around 100,000 vehicles.

AUTOFOCUS
Canadian minivan sales are falling. But there are some vans that are selling a whole lot better this year than last.

TTAC
Over the course of the year, GCBC’s founder and editor has tested $2.2 million worth of new vehicles. In this post at The Truth About Cars, you’ll see the biggest surprises, the biggest disappointments, the best of the best, the worst of the worst, the most efficient, and the least efficient. And yes, a diesel-powered Volkswagen consumed less fuel than any other car we tested. The fact that, months later, a scandal erupted, doesn’t change the fact that the Jetta was in fact tested by GCBC and did in fact consume less fuel than any other car tested.

RECALL
Nissan is recalling 18 copies of the 2015 and 2016 Puerto Rico market GT-R because, “The affected vehicles have a Certification Label that is missing the Gross Vehicle Weight Rating (GVWR) and Gross Axle Weight Rating (GAWR) information. As such, these vehicles fail to comply with the requirements of 49 CFR Part 567, “Certification.”” In other words, the GT-Rs aren’t in any danger of, you know, blowing up.

WATCH
Motor Trend’s title asks if the 2017 Acura NSX is the slowest supercar in the world. And because you want to know if that’s true, or what they mean, you watch the video.