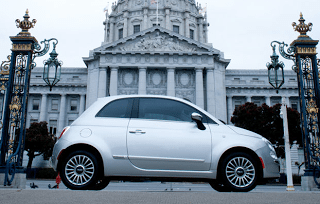 Readers of GoodCarBadCar examined nearly three years of Fiat 500 sales figures more than the sales data for any other vehicle. Which vehicle followed up on the Fiat 500’s popularity at GCBC? The Fiat 500L.

The 500’s recent downfall has spurred more people to take a closer look at the smallest Fiat’s North American results. Fiat 500 sales in the U.S. have fallen on a year-over-year basis in each of the last four months. Canadian Fiat 500 sales fell in February, March, April, May, June, August, and September.

Incomplete though they are, GCBC’s audience continues to spend a lot of time checking out Tesla Model S results. The Honda Accord and Civic, along with the BMW 3-Series, Ford F-Series, Chevrolet Volt, and Toyota Camry held on to top 10 positions, as per the norm.

Besides noticing which cars’ sales figures attract the greatest number of onlookers, you’ll also find the most popular October-related sales articles listed below along with GCBC’s most popular reviews from the last month.

Automobile manufacturers will begin reporting their October and year-to-date sales figures on Friday, November 1, 2013. GoodCarBadCar will be updated throughout the day with brand results from both the United States and Canada. Later on Friday, U.S. October best seller lists for cars and trucks and SUVs will be published, as well.

As always, sales figures for all manufacturers, makes, and models will be updated in GCBC’s free searchable database of historical monthly and yearly sales data. And the in-depth breakdown of new vehicle sales begins in earnest straightaway at the beginning of the month.