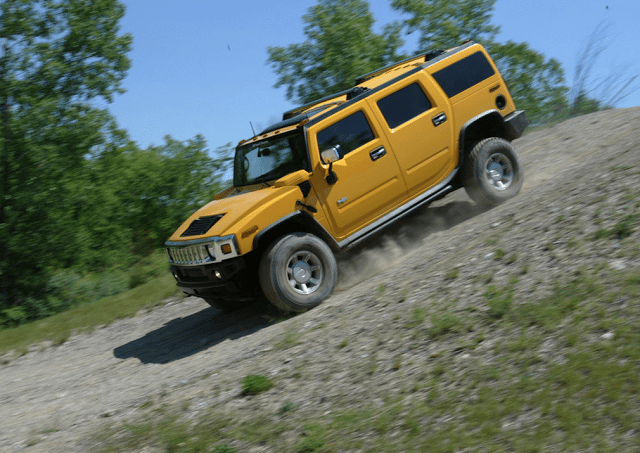 GCBC readers scanned the annual sales results of the Hummer H2 more than any other sales tracking page on the site during the 2015 calendar year, an odd turn of events caused by nostalgia and unusual Reddit interest.

The regular top dog, Ford’s F-Series, lost market share in 2015 but was still the most popular current vehicle at GCBC.

Speaking of Ford, no review on GCBC was read more often in 2015 than our winter test of the 2015 Ford Mustang V6, a surprisingly fun and sufficiently capable muscle car. GM pickup truck reviews grabbed two of the other top 10 spots, along with two other Fords and individual entries from Acura,  Subaru, Toyota, Hyundai, and Kia.

We’ve also added a list to this year’s Most Popular breakdown of the most popular articles at GCBC which weren’t in the monthly docket. Every month we bring you lists of America’s best-selling cars and Canada’s pickup truck sales and brand-by-brand rankings and a few reviews and so on, but we also squeeze in other articles, too. At the bottom of this page, you’ll see a list of the most popular irregular GCBC articles in 2015, from our annual Good 12 and Bad 8 to an examination of Mazda’s market share and an introduction to our long-term 2015 Honda Odyssey EX.

Automobile manufacturers will begin reporting their December and 2015 year end U.S. and Canadian sales figures on Tuesday, January 5, 2016. GoodCarBadCar will be updated throughout the day with brand results from automakers competing in the United States and Canada. Later on Tuesday afternoon, December 2015 and 2015 year end U.S. best seller lists for cars and trucks and SUVs will be published, as well, followed by Canadian best seller lists.

medianet_width=’468′; medianet_height= ’60’; medianet_crid=’481536334′; As always, sales figures for all manufacturers, makes, and models will be updated in GCBC’s free searchable database of historical monthly and yearly sales data. For non-mobile users (or mobile users who have opted to view the full site by selecting that option at the bottom of the page), you can also select a vehicle, a brand, a manufacturer, or total industry figures in a dropdown menu near the top right of this page. The in-depth breakdown of December 2015 and 2015 calendar year new vehicle sales begins in earnest at the beginning of January.