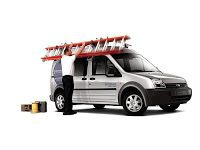 rd Motor Company first began to talk about installing its Euro-models in its home market, the Transit Connect wasn’t at the top of my list.  Admittedly, it wasn’t at the bottom either because; this isn’t typically a vehicle built for personal use.  Mondeo? Focus ST?  S-Max?  Gimme’ gimme.

Nevertheless, when the Transit Connect hits this continent (built in Turkey) next year, many a painter; plumber; and courier will be very happy.  The Transit will be slow in the vein of the Dodge Sprinter, but will provide those dreadful 0-60mph numbers with a small gasoline four-cylinder, rather than the diesel that the Mercedes/Dodge uses.  With the Windstar/Freestar/NoStar gone from Ford showrooms, the Transit Connect is an easy way for Ford to tap into this market without the cost of developing a completely new vehicle. 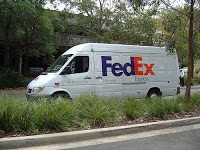 (Sprinter below Transit interior)
The Transit is tall inside – but not outside.  Expect over 140 cubic feet of open air behind the front seats. There will be the option on the spec sheet for a second row.  White Van Man will be happy with the Transit Connect if he’s not craving overwhelming space and if he doesn’t want a truck, provided en masse by the Ford E-series and GMC Savana/Chevy Express. 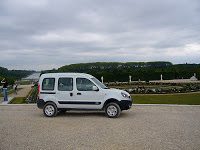 Keep in mind: European automakers have developed this type of vehicle into more mainstream vehicles. Utilitarian MPV’s like the Renault Kangoo, (pictured) Peugeot Partner Combi, and the Citroen Berlingo Multispace.  Extremely efficient and spacious vehicles with tidy exteriors that even provide a modicum of fun – that’s the future.