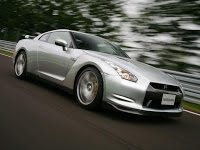 Just south of Toronto at the end of July, the first Canadian Nissan GT-R was delivered to Stanislaus Gonsalves by Alta Nissan. The numbers surrounding Nissan in Canada aren’t difficult to grapple with. Only 150 examples of the 480-bhp GT-R will come to Canada. Every single one of the 150 GT-Rs were pre-sold. Interestingly, there are just 150 Nissan dealers in the vast nation of Canada. But you better not think each dealer receives one GT-R.

Nissan’s luxury division, Infiniti, has just 29 outlets across the country. Infiniti’s most expensive vehicle (by base price) is the $69,700 QX56. Nissan’s GT-R adds $12,200 to that lofty pricetag. Although unfavourable, the exchange rate that sees Canadians pay the equivalent of $78,192 for their GT-Rs isn’t as bad as that of the Porsche 911 Turbo. Canadians pay the equivalent of $154,410 for a car that costs Americans just $128,700.