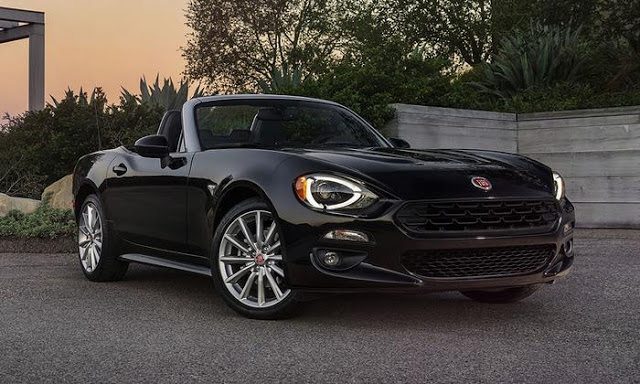 FIAT
Time was, we thought this car would turn out to be an Alfa Romeo. But here it is, the Fiat version of the new Mazda MX-5 Miata. So if you want a less attractive Mazda MX-5 Miata, you’ll seen be able to get a Fiat 124 Spider.

LINCOLN
Remember when Ford’s Premiere Automotive Group held brands like Aston Martin, Volvo, Land Rover, Jaguar, and Lincoln? They’re separate entities now (except for Land Rover and Jaguar) with different owners. But for some reason, Lincoln just stole Jaguar’s grille for its facelifted MKZ, which will also be available with a unique-to-Lincoln 3.0L twin-turbocharged 400-horsepower V6.

HONDA
The new tenth-gen Civic sedan is already on sale. Now we know what the Civic Coupe looks like. It’s not the prettiest car on the block, but it’s not as dull or bloated as the ninth-gen Civic two-door.

JAGUAR
Now that we know the Jaguar XE will be really rather affordable, it’s important to know whether evo magazine thinks it’s a great car to drive. Says evo, “The XE thunders straight to the top of the class.”