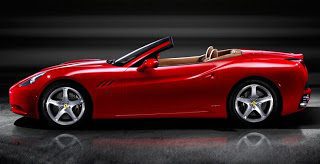 OK, we could get wordy and wax eloquent and feign disappointment or overstate our awe, but let’s just get down to business.

Surprises: Ferrari released their pictures way ahead of the expected release date that they posted on their own website, ferrariGTcountdown.com. Secondly, Ferrari is going to sell a hardtop convertible, likely the most difficult structural design the most sporting manufacturer on the planet will ever have to deal with. Thirdly, the transmission design is in the Audi/VW/Nissan GT-R vein, meaning a 7-speed direct shifter. Dual-clutch gearboxes are the future, so it’s not a complete surprise to see Ferrari join in. They say it ” boosts the car’s performance while enhancing the driving pleasure.”

Predictables: Ferrari won’t skimp on performance. They never do. The press release predicts 0-60mph in under four seconds, and the front-engine configuration is a bit misleading. Like many newer high-performance front-engined cars, the V8 will reside slightly behind the front axle. That V8 would be the second very predictable item. It features displacement similar to the F430 (4.3 litres) but develops about 23 fewer horses. Finally, the California looks classically Ferrari. Those who expected Ferrari to capture another segment of the truly rich and wealthy with an audacious design that wasn’t easily recognizable should’ve figured otherwise. Yes, more drama and uniqueness would’ve been awesome – the styling is very Panoz Esperante – but the suggestion that it doesn’t look like a Ferrari or would fit better as the next-gen Mazda MX-5 is ridiculous. It’s a handsome, curvaceous car that’ll likely show better in upcoming photographs. 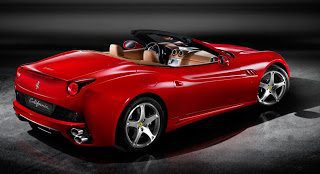