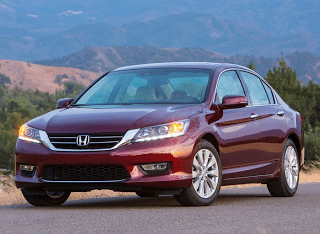 As you might expect, February isn’t the most heavily-trafficked month at GoodCarBadCar. The most current auto sales figures represent only 8.3% of a calendar year. In the prior month, the posts we publish in January relate not only to December but to the whole year.

Consequently, some of the most popular articles on GoodCarBadCar in February didn’t relate to the January results from the U.S. and Canada, but to 2012 as a whole.

In the meantime, the list of the most commonly searched models on GoodCarBadCar changed a fair bit in February. Have a look back at the January rankings to see some of the differences. We’ve included a third list this month of the most popular car reviews at GoodCarBadCar. Manufacturers are beginning to send cars for GCBC to test en masse, proving yet again that GCBC’s audience is a group that requires as much information on new cars as possible.

It’s worth noting, too, that the most commonly searched car on GoodCarBadCar wasn’t even twice as popular as the tenth-ranked vehicle, which happens to come from the same brand. They’re a tightly-knit group at the top.

If you’re looking for a specific list of the most popular cars or for brand rankings, use GCBC’s Best Sellers tab at the top of this page. Historical monthly and yearly sales figures for any model can be accessed through the dropdown menu at the top right of this page (for non-mobile users) or at GCBC’s Sales Stats page.

Simply select a make and model and you’re off. You can also use the dropdown menu to find sales figures for whole brands, auto conglomerates, and for the market as a whole.