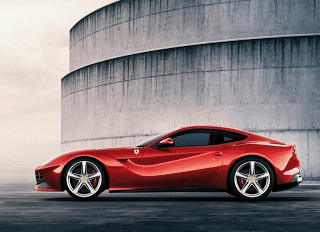 Throughout the day today, March 1, GoodCarBadCar.net will be providing a thorough rundown of all the goings-on which occurred in the U.S. and Canadian automobile markets over the course of the prior month, February 2012. This means ranking brands by total sales volume, on both sides of the 49th parallel, as this January 2012 edition shows.

Those two posts will be followed up with three key best seller articles: America’s 20 best-selling cars, America’s 10 best-selling SUVs, and America’s 5 best-selling trucks. In the coming hours, GoodCarBadCar.net will also publish market share pie charts displaying the portions of the U.S. and Canadian markets owned by major automakers. This will come around the same time as the list of America’s overall 30 best-selling vehicles is published.

That’ll be followed up by the rankings for America’s 30 best-selling luxury vehicles, America’s 10 worst-selling vehicles, and a specific market share pie chart just for premium brands. Then the segment breakdowns begin before, eventually, Canada’s best seller lists and a couple United Kingdom posts are published. You can find more info on all article types at GoodCarBadCar’s Sales Stats home.

Today, the best thing to do is follow The Good Car Guy, aka Timothy Cain, GoodCarBadCar’s founder and editor-in-chief, on Twitter. @TGCG is where you’ll find running updates on the American and Canadian automotive scenes as a prelude to the February 2012 posts you’ll read here.