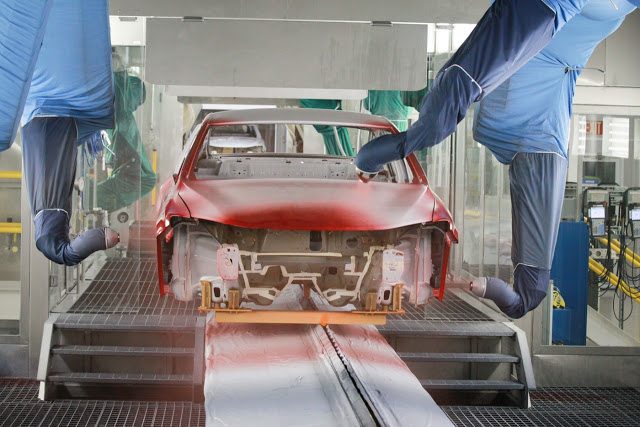 STERLING HEIGHTS
Fiat Chrysler Automobiles’ assembly plant in Sterling Heights, Michigan, will lose 1300 employees because of layoffs. The plant, which builds the increasingly unpopular Chrysler 200, already underwent an extended shutdown as Chrysler dealers attempted to clear out an inventory glut. That clear out is taking much longer than expected, as 200 volume is plunging and stock continues to grow. – Automotive News

ANOTHER S-CLASS
There’s the S-Class, a gigantic four-door sedan. Now there’s an S-Class Coupe, no longer a car which operates under the CL banner. And Mercedes-Benz is stretching the S-Class even further with a droptop S-Class. So why not fill yet another niche for the extremely rich? How ’bout a jumbo CLS, the SEC? – CAR

CHAPTER 11
The Chrysler Group’s 2009 bankruptcy is a distant memory in the rearview mirror. And as of the first-quarter, FCA’s Chrysler Group sales are essentially back at the levels Chrysler, Dodge, Jeep, and Ram were achieving in 2005, before Chrysler Group sales began to fall, thanks largely to Jeep and Ram trucks. – TTAC
medianet_width=’300′; medianet_height= ‘250’; medianet_crid=’717379412′; PACIFICA
If you enjoy reading as much as you enjoy reading about cars, Jamie Kitman is who you ought to read. Even if he’s writing about a new Chrysler minivan. – Automobile

FACELIFT
On the outside, the 2017 Audi A3 doesn’t look all that different from the 2016 model. That’s the norm at Audi, where styling changes are evolutionary. But there are changes for MY2017, including the availability of Audi’s 12.3-inch TFT instrument cluster. – AutoGuide

HOT HATCH vs SPORTS CAR vs SUPERCAR
Remember Top Gear? It’s still a thing. Or rather, it will soon be a TV show again, and the magazine hasn’t ceased to exist. And they figured a proper drag race would pit a McLaren 675LT against a Porsche 911 Carrera GTS and… a Volkswagen Golf R. Why not – the Golf R is pretty stinking quick.