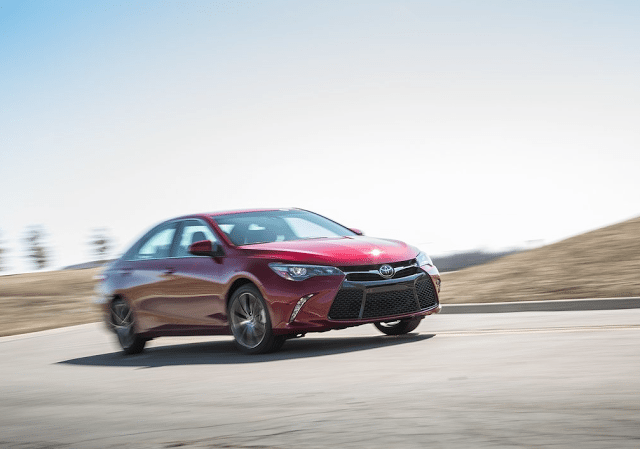 For the first time since 2012, the leader of the pack was not the Ford Fusion but rather the Toyota Camry, sales of which increased 5% in calendar year 2015; sales of which fell 41% over the final one-sixth of the year.

The overwhelming majority of midsize candidates suffered the same plight as the Fusion. The Chrysler 200, Honda Accord, Hyundai Sonata, Kia Optima, Mazda 6, Nissan Altima, and Volkswagen Passat all sold less often in 2015 than they did in 2014.

The new Subaru Legacy stood out from the pack with an 11% increase, though Legacy sales dipped at the end of the year and overall volume remained low.

Similarly, the aging Chevrolet Malibu stood out from the pack with a 12% increase, but GM Canada created this higher-than-expected Malibu volume with massive discounts which caused their intermediate car to be priced like a compact. The new Malibu, for MY2016, shouldn’t be priced so attractively and may not sell as well even though it’ll be a vastly improved car.

But it was the Camry, with 16% market share and 16,805 sales in total, that ruled the day. South of the border, the Camry was the best-selling car overall for a 14th consecutive year. Americans registered nine times more new vehicles than Canadians in 2015, but Camry sales in the U.S. were 26 times stronger. You get the idea: Americans are still far more interested in conventional family cars than we are. This segment accounted for 13.7% of the new vehicles sold in America in 2015. In Canada, midsize cars generated just 5.6% of the auto industry’s volume, down from 6.3% a year ago, and 7.5% in 2013.