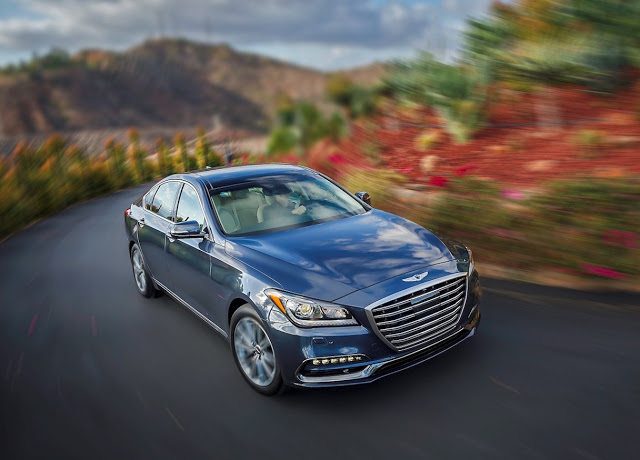 The rapid turn away from luxury cars represented half the story in the Canadian luxury auto sphere in 2016, as the turn away from cars was compensated for by a turn toward the same automakers’ premium utility vehicles.

And yet at the top of the heap, there were notable exceptions to the rule. Because of increases in each of the last eight months of the year, Mercedes-Benz C-Class sales were essentially flat in 2016. The C-Class is Canada’s top-selling individual premium nameplate. Meanwhile, the Audi A4, launched in an all-new generation in 2016 and regarded highly by GCBC, jumped 10% because of inceases in each of the final eight months of 2016.

The Alfa Romeo Giulia lands soon. Jaguar is back in the entry-lux game with the XE. Lincoln replaced the MKS with the new Continental; Volvo killed the S80 in favour of the new S90.

Source: Automakers & Global Automakers Of Canada
GCBC isn’t here to break down segments, an impossible task for any group, but to display sales data for the sake of comparison. The more ways sales data can be displayed, the better. This explains why you’ll see the XC70 listed with luxury SUVs and the Acura ILX with mainstream cars… because readers have wanted it both ways. You can always find the sales results for EVERY vehicle and form your own competitive sets by using the All Vehicle Rankings posts.
^ Mercedes-Benz’s Canadian sales figures combine the E-Class with the CLS-Class. Audi Canada’s A4 sales figures include sales of the Allroad.
‡ The XTS, K900, CT6 Continental, and Equus aren’t listed here because they’re not massive – they are – but because their price points position them much more closely to, for example, the Mercedes-Benz E-Class than the S-Class. Genesis sales figures here do not include sales of the Genesis Coupe (as Hyundai’s U.S. Genesis sales figures do), making the comparison with premium brand vehicles much more valid.