Nobody doubts that BMW is one of the most influential brands in the automotive industry – that they combine sportiness, design, luxury finishes, and elegance, as few do.

The BMW Group has had a significant influence on the future of mobility since it was founded in 1916. Over the years, it has constantly evolved, rising to the position it occupies today as a premium provider of mobility services.

Inspired by this automotive legacy full of innovation and prestige, we bring you the most iconic BMW models throughout its over 100 years of history. 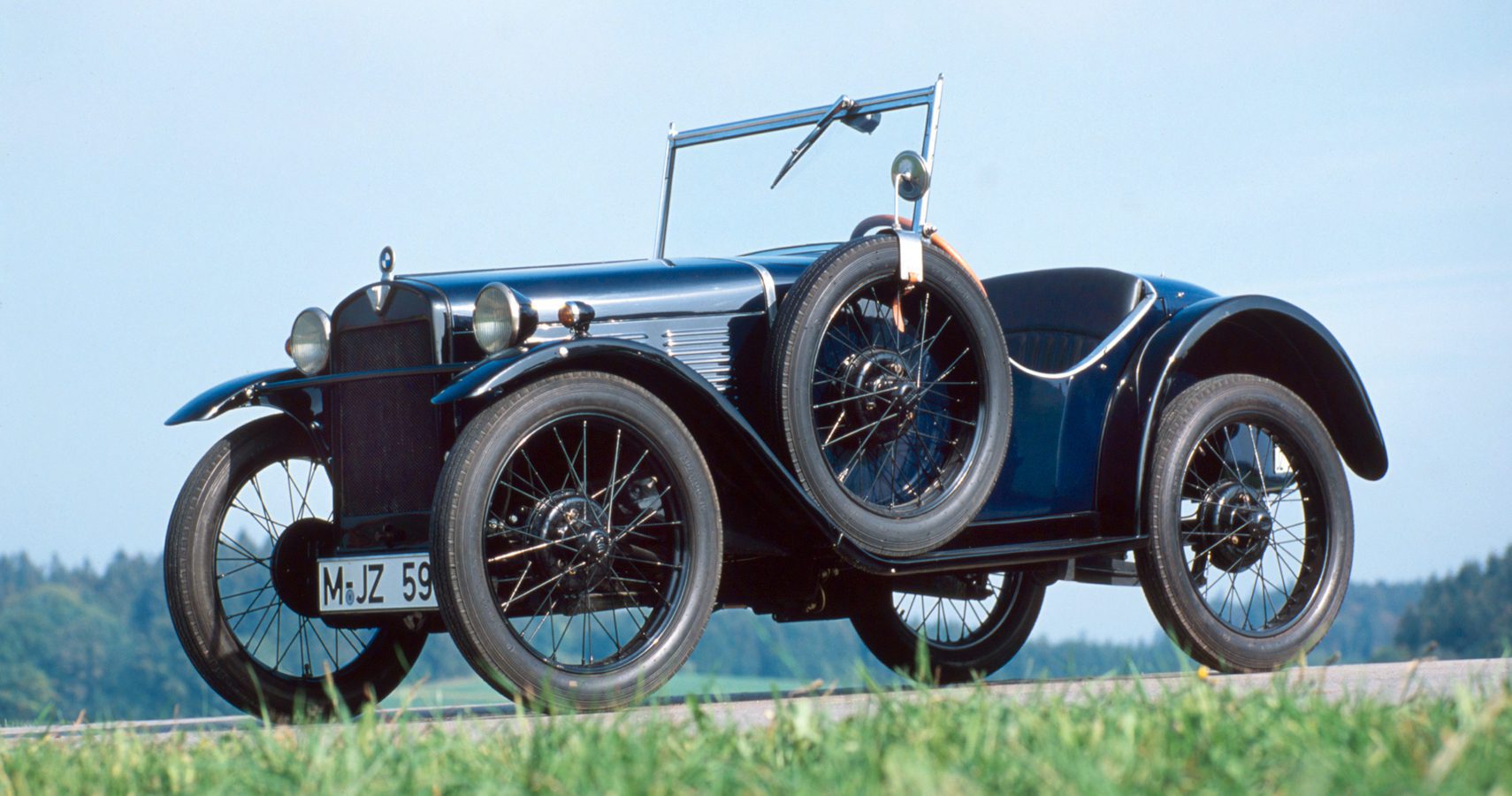 In 1928, BMW (then related to Daimler-Benz) launched a product that would cover a market different from that of its older brother. For this, BMW bought the Fahrzeugfabrik automobile production plant in Eisenach in Thuringia where the Austin Seven was successfully produced.

The purchase of the factory included the license of the British Austin Seven to manufacture a utilitarian car called “Dixi” 3/15 PS. Advertising at the time claimed that it was the cheapest car in the world, and the Dixi was the first BMW car.

The DIXI (BMW 3/15 PS) was simple but effective. It was an attractive car with plenty of power from its 4-cylinder engine, a spacious interior, and its fundamental quality of being a very economical model. It was also a pioneer of its time, as it was the first car to feature a safety windshield based on a tempered glass system that prevented fragmentation in the event of breakage. 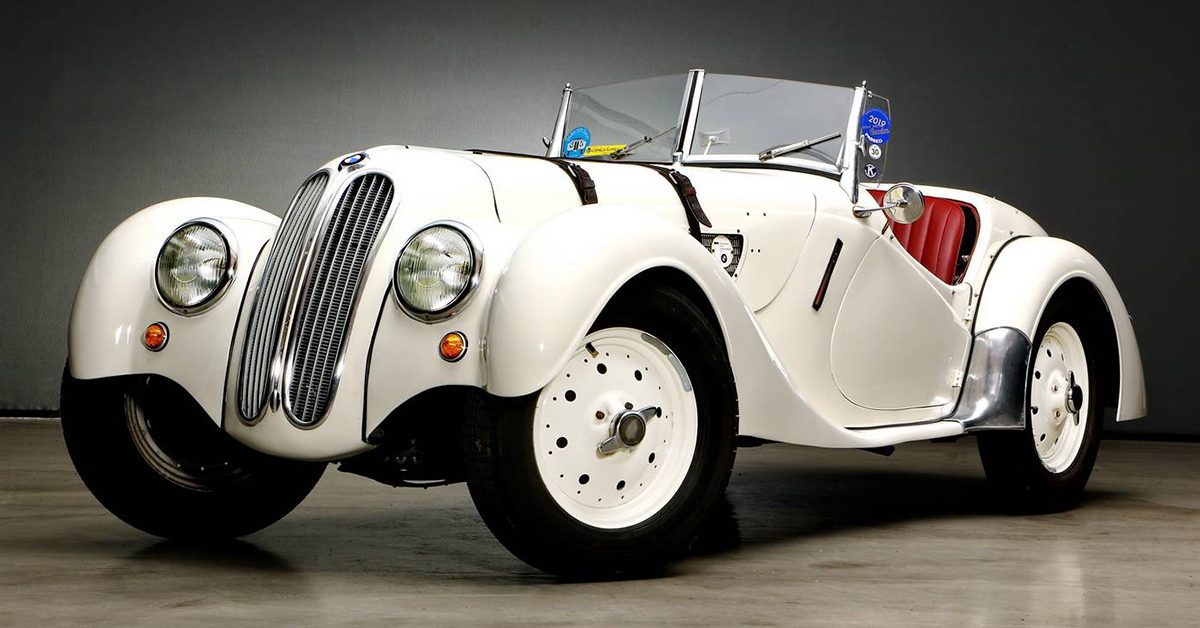 The 328 was a project created in 1934 with little money. It was based on the concept of the BMW 315 and 319; a 2-seater sports car equipped with a powerful engine, great maneuverability, friendly gear changes, and super comfortable. None of that existed in the little roadsters of the time.

The power came from the BMW 326; it was a 2-liter, six-cylinder engine that originally generated about 50 horsepower but later increased to 80. The mechanical combination was made between the engine and a 4-speed manual gearbox, plus a total weight of just 1720 pounds which allowed this little car to reach a top speed of 93 mph. Subsequent versions were able to generate 90, 105, 110, 120, and up to 140 horsepower.

Although the 328 was an exclusive car, it wasn’t luxurious. Instead, the 328 gave the clear message of being a car designed to win races in style. 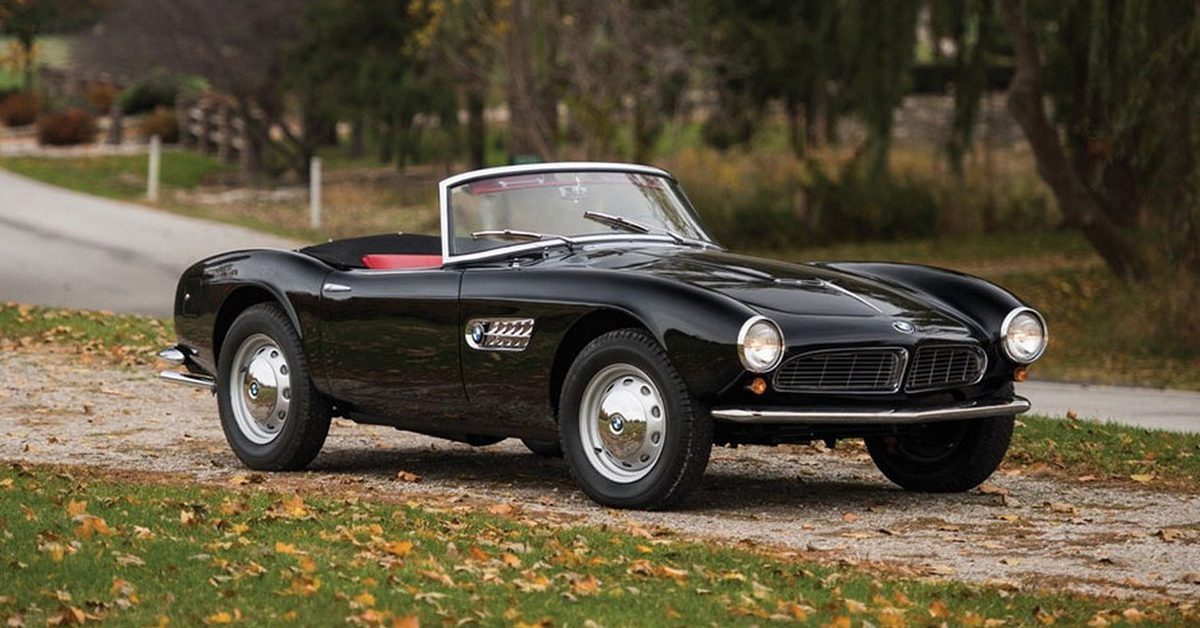 After the debut of the Mercedes 300 SL in 1954, Max Hoffman, an Austrian-born importer of German cars, convinced BMW to create a car to fill the gap in the market that existed between the inexpensive convertibles of English origin (MG and Triumph) and the expensive Mercedes Benz.

The 507 debuted at the Frankfurt Motor Show in 1955. It had a beautiful and elaborate bodywork by Albrecht Goertz, which embodied the characteristics of all the BMW roadsters that succeeded it: long hood, short rear, the driver almost sitting on the rear axle, and lateral gills.

The heart of the 507 was a 3.2-liter V8 block that developed 150 horsepower paired with a ZF 4-speed manual gearbox that made possible outstanding performance and sensations.

The car could hit 135 mph and do 0-60 mph in 8.8 seconds. Also, its aluminum body was produced entirely by hand by the specialist Baur in Stuttgart. 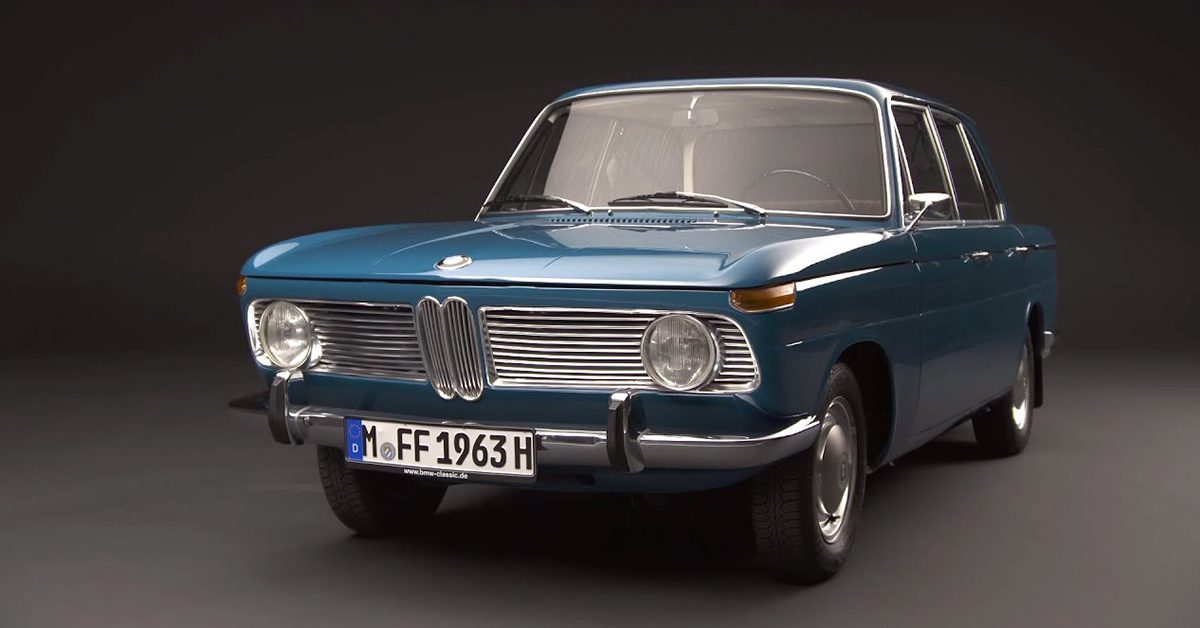 In 1961, BMW introduced the 1500 of its so-called “Neue Klasse” at the Frankfurt Motor Show, sweeping public opinion. The first units of the BMW 1500 left for their destinations in September 1962. That completely new BMW 1500 was the car from which all, absolutely all current BMWs will derive more or less directly.

The BMW 1500 was designed by Giovanni Michelotti and Wilhelm Hofmeister (yes, the creator of the Hofmeister kink, released precisely with this car). It was a model with simple lines, wide panels of sheet metal in smooth and elegant shapes, accompanied by large glass surfaces. A very balanced and recognizable set, which is considered the first BMW as we know them today.

Compared to any current BMW, we can call the 1500 basic and slow as under the hood there was a 1.5-liter 4-cylinder engine with 75 horsepower. This made it possible for the car to reach 93 mph and secure its place in the history of the brand. 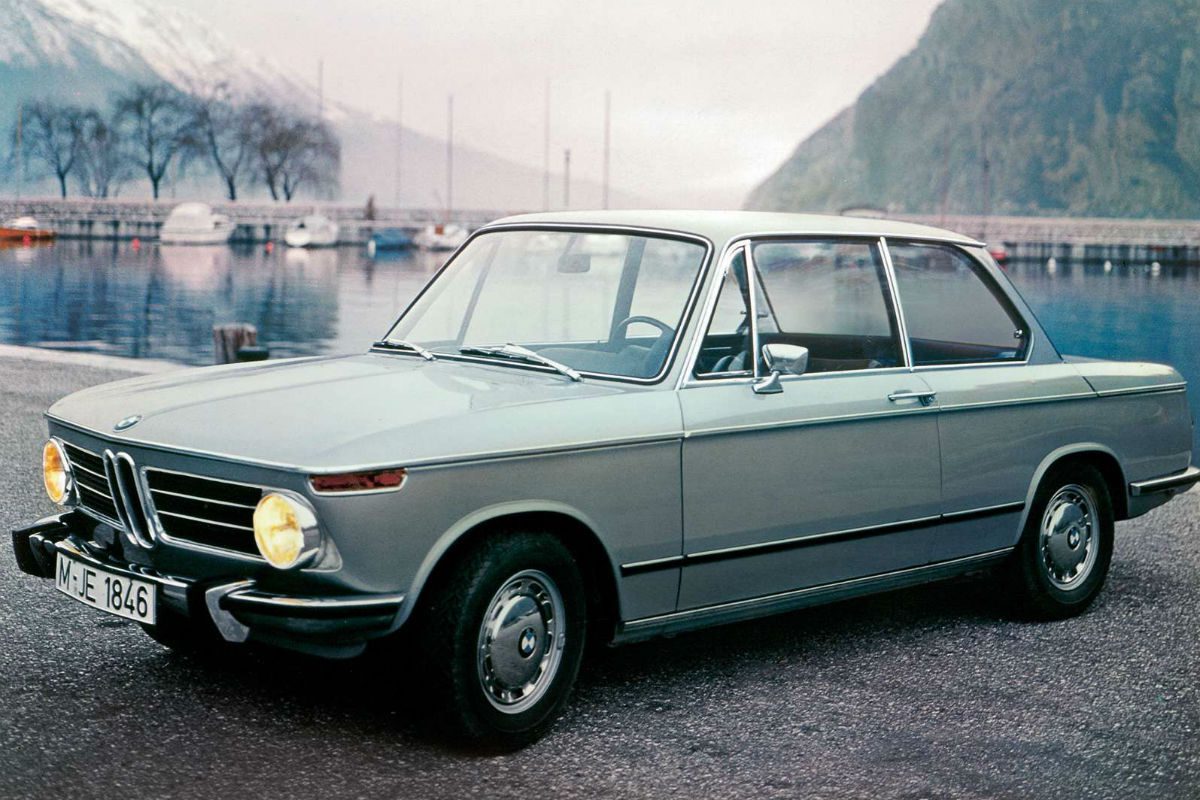 The BMW 2002 is a classic among the classics – ahead of its time, born at the end of the 1960s. Nowadays, BMW is trying to reproduce it in the form of the M2 Coupe. The evolution of this model was meteoric and a great success, especially in such hard times of economic crisis.

The 2002 TI was manufactured between 1968 and 1971 thanks to the ingenuity of Werner Bönsch and von Falkenhausen, BMW planning director and designer of the M10, respectively.

Produced with perfect efficiency, the 2002 was the first version of a production car to be made with an injection engine. Its 108 horsepower propelled the new 2002 to intercontinental success.

As soon as the 1970s began, several cars based on the 2002 won the 24 Hours of Nurburgring in their category. 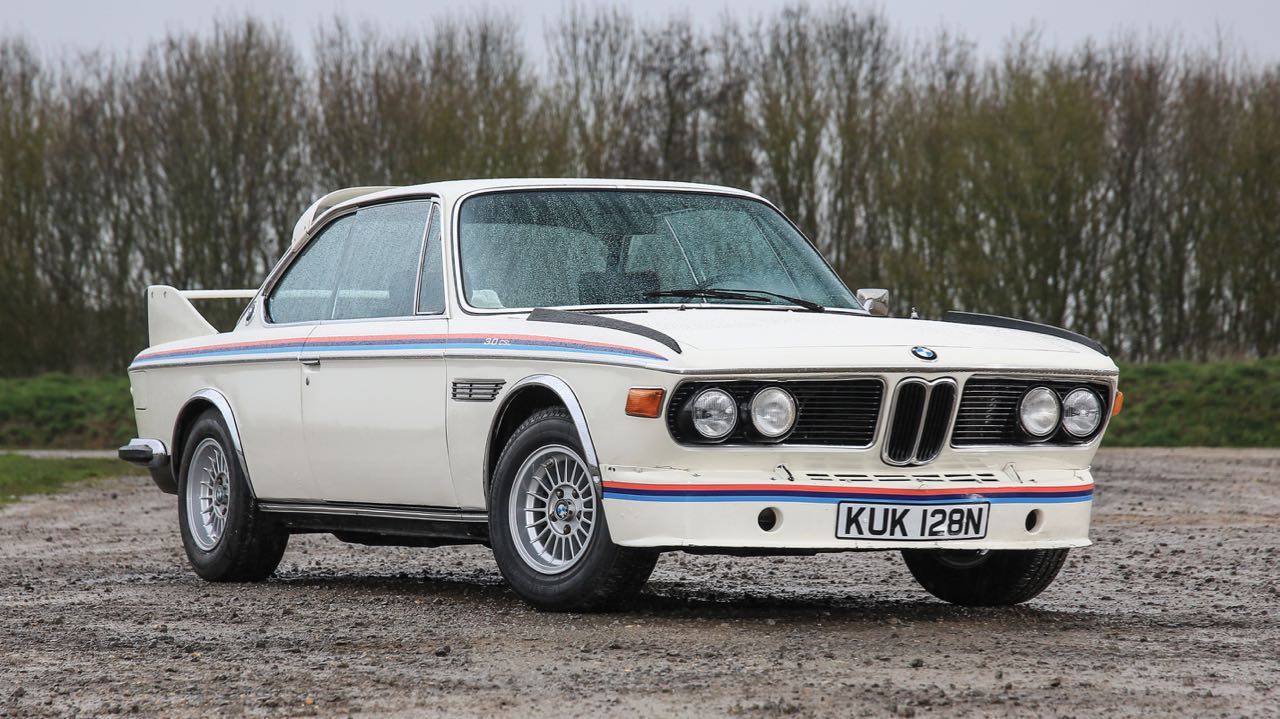 In 1972, BMW created its motorsport GmbH competition division, and in May of that same year, this subsidiary unveiled the BMW 3.0 CSL – a homologation model specially created to take part in the European Touring Car Championship.

It was a four-seat coupe based on the E9 body, with a 3.0 CS six-cylinder engine. BMW later added a series of “aerodynamic grafts” among which the prominent rear wing stands out to earn the nickname of “Batmobile”.

The CSL presented a saving of 440 pounds thanks to the use of an aluminum hood, doors, and trunk. BMW would use this in other special lightweight versions, such as the BMW M3 E46 CSL. For the time, the performance of the CSL was formidable, and even today its specs are still decent: 206 horsepower of the latest versions, a Bosch electronic injection, and reaching 0 to 60 mph in about 7 seconds with a top speed of 136 mph. 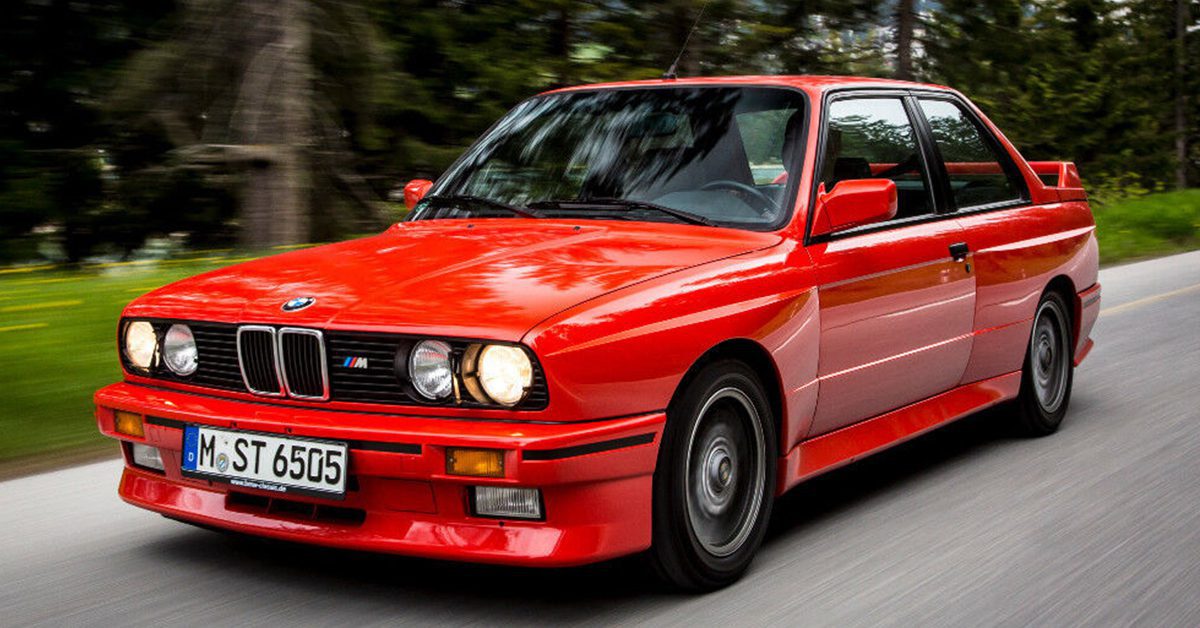 The 1985 Frankfurt Motor Show wasn’t just any event: it started the history of the BMW M3, one of the most beloved cars by BMW fans and sports cars enthusiasts around the world.

The BMW 3 Series was a key car for the brand. It was part of the great evolution that started in the 5 Series in 1972, though the BMW 3 Series had to be the car with the largest volume. The first generation was launched in 1975, at a time hit by energy crisis.

The car produced 195 horsepower thanks to its 2.3 16v 4-cylinder engine. Its set-up is convincing: it’s a fast, agile, and fun car, but with predictable reactions and noble behavior. 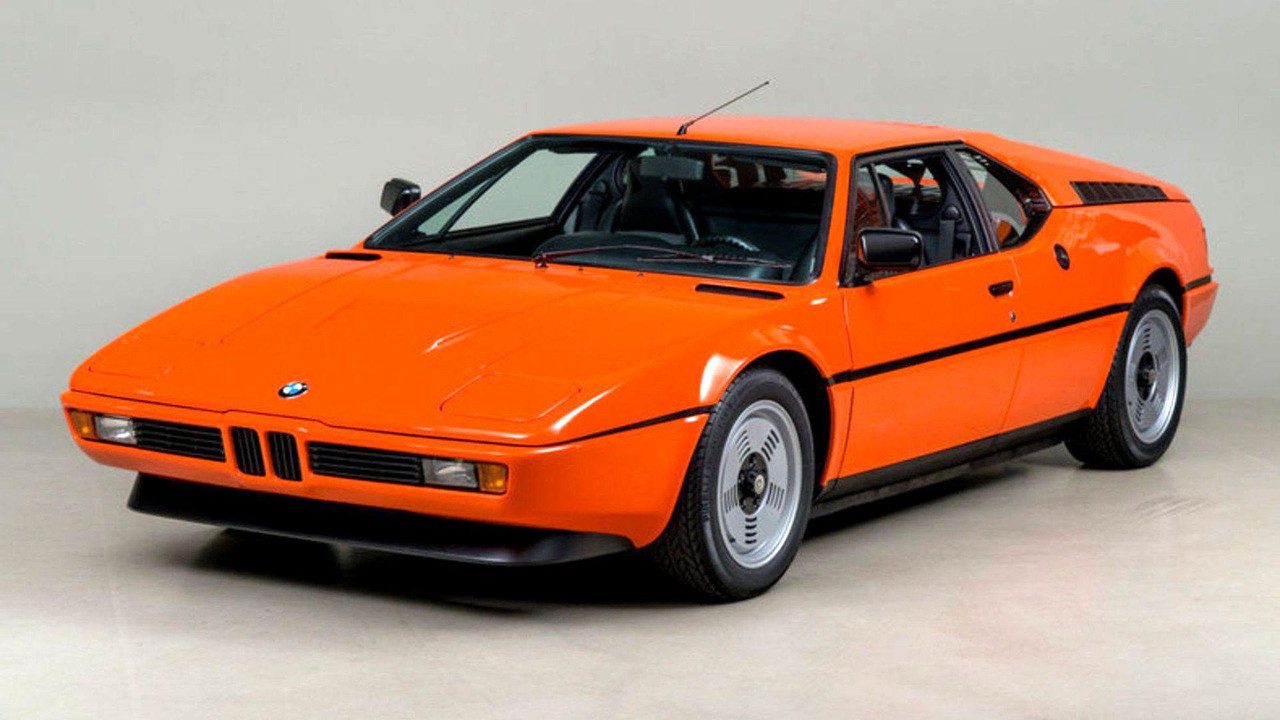 The E26 (BMW M1) project was born in 1976 when BMW Motorsport GmbH set out to build its first exclusive model. The car had to be street legal, with 400 units produced. This idea was very ambitious, but BMW Motorsport GmbH didn’t have the proper infrastructure to undertake the project, so they joined forces with Lamborghini.

Giorgio Giugiaro designed the car based on the 1972 BMW turbo with “gull-wing” doors, created by BMW designer Paul Bracq. For the engine, BMW considered the V10 (M81) but ultimately the company settled on an inline six-cylinder (M88), based on the accumulated experience of BMW in CSI races. 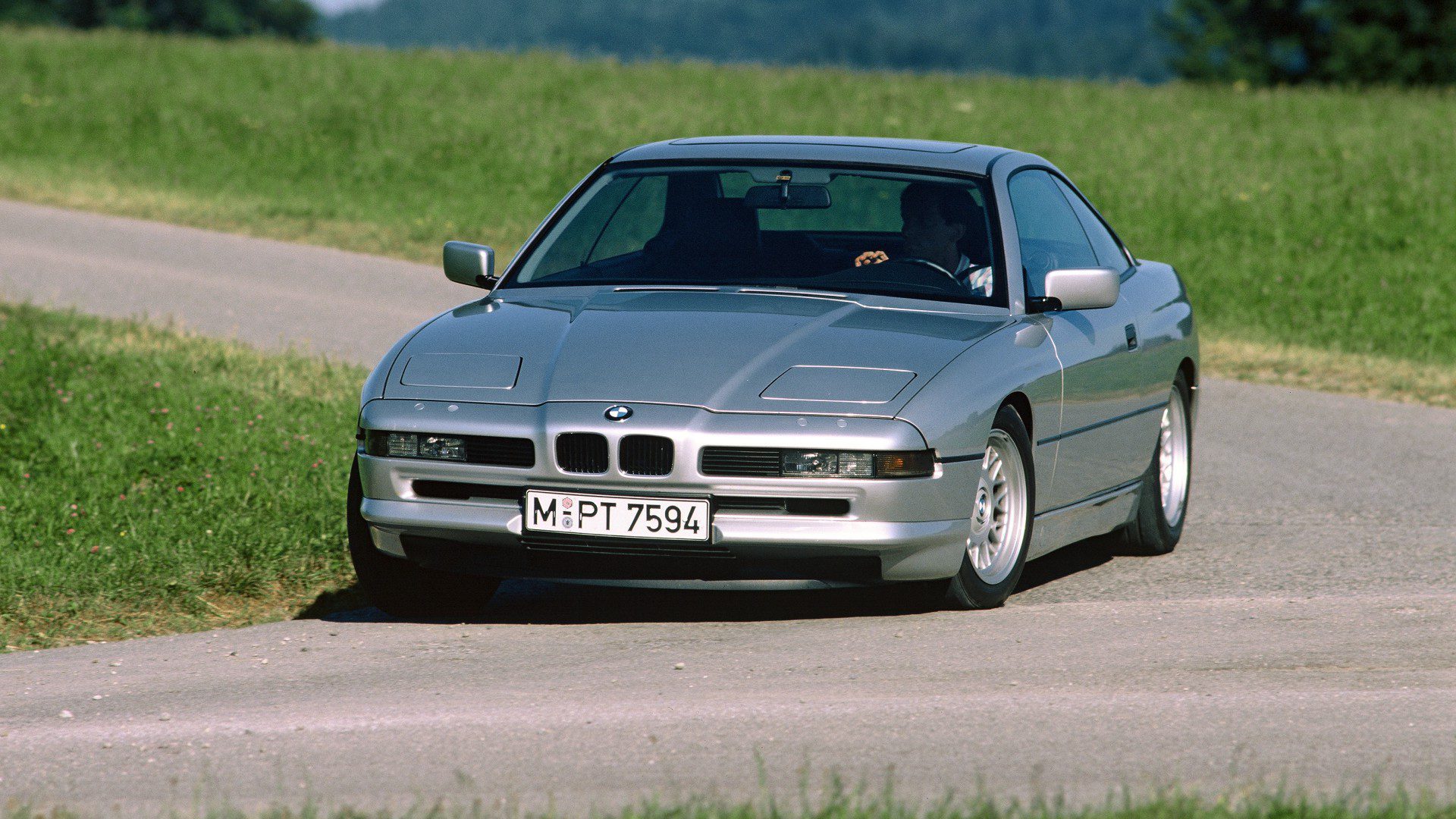 The E31 was introduced to the world at the Frankfurt Motor Show in September 1989. It began production in February 1990 and was produced until 1999. This 8 Series Coupé symbolized the highest levels of design, technology, and luxury that BMW could provide to its customers.

For the first time, computer-aided design programs were used for its conception and development. It stood out for its avant-garde lines, with a wedge-shaped body, the striking front end inspired by the iconic BMW M1, the retractable headlights, the absence of a B-pillar, or a cut-out rear.

The first variant of the E31, the BMW 850i, was powered by a V12 engine (M70, the same used by the 750i of the time), with a displacement of 4,988cc, two valves per cylinder, and Bosch Motronic electronic injection. Its 300 horsepower allowed the car to hit 60mph in 6.8 seconds and reach a top speed of 155 mph (electronically limited).

The BMW Z3 celebrated its 25th-anniversary last year, and according to BMW, it’s their most successful roadster ever.

Sporty, two-seater, convertible and rear-wheel drive were the ingredients of the BMW Z3, ​​being the successor to the BMW Z1 with an identical configuration. It was Joji Nagashima who sculpted the shapes of the BMW Z3, ​ the father of contemporary models such as the BMW 5 Series E39 or the later BMW 3 Series E90.

Conceived on the platform of the BMW 3 Series E36, the Z3 hit the market with two four-cylinder engine options: A 1.8-liter with 115 horsepower and a 1.9-liter with 143 horsepower. However, the most characteristic mechanics of the Z3 have traditionally been the six-cylinder.