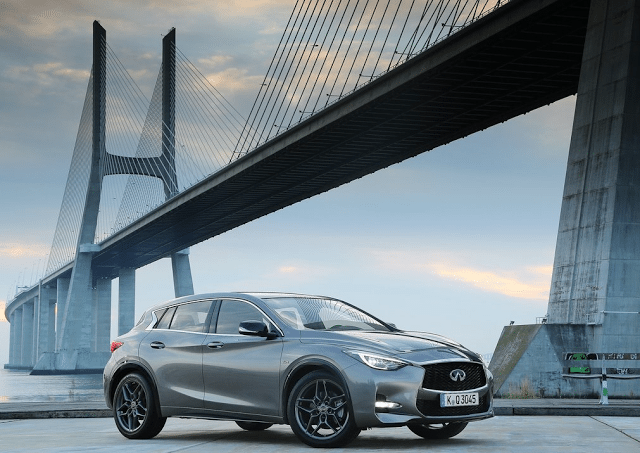 SALES
Here’s the example. A manufacturer offers end-of-month or end-of-year bonuses to a dealer which “sells” a new vehicle to itself in order to use as a service loaner. Sure, dealers need service loaners, and somebody has to pay for them, and manufacturers are within their rights to make it easier for their dealers. But when a manufacturer habitually sees their monthly sales figures explode thanks to these tactics, is a sale really a sale? – Automotive News

SUVs
Automakers aren’t even making many of their latest utility vehicles – SUVs and crossovers – look rugged or tough or off-roadable. The upcoming Infiniti QX30S, writes Matt Bubbers, “looks like a compact hatchback because it is one, but Infiniti is marketing it as a ‘sporty’ lowered SUV because hatchbacks don’t sell nearly as well.” – The Globe And Mail

medianet_width=’300′; medianet_height= ‘250’; medianet_crid=’717379412′; FORD SMART
No, Ford and Mercedes-Benz’s Smart division aren’t joining up on any project. But Ford has a new subsidiary they’re calling Ford Smart Mobility. In modern automotive parlance, the word mobility, you see, is intended to convey a post-car meaning. Ford, of course, currently generates three out of every ten Ford/Lincoln sales with F-Series trucks. – Reuters

XT5
Gone is the Cadillac SRX. And early reviews of its replacement are largely positive. “More remarkably, the XT5 is dexterous enough to convince import defectors they made a wise move.” – Car And Driver

VW CANADA
It took a while for the figures to reflect what we all knew was coming. And now, sales at the Volkswagen brand are plunging in Canada. – Autofocus

TACOMA
Competition? What competition? The Toyota Tacoma generates almost one out of every two midsize truck sales in America. – TTAC

WATCH
The Mercedes-Benz SLK and Porsche Boxster seem like obvious choices, the former featuring a retractable hardtop; the latter displaying all manner of performance pride. But there’s a new Audi TT. As always, the Alex On Autos video review of the 2016 Audi TT Roadster is the most thorough and detailed on the internet.