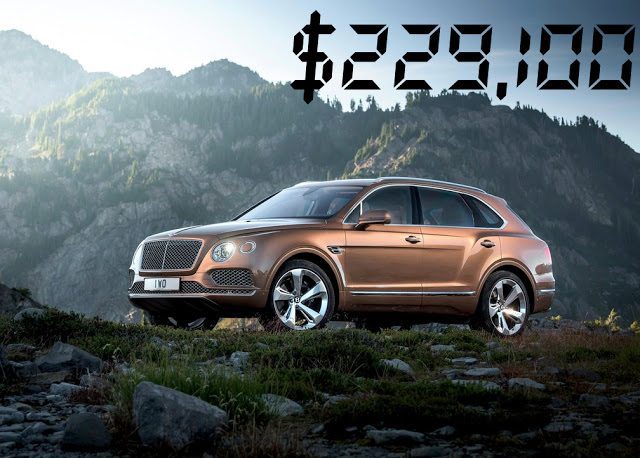 MONEY
Bentley has already announced the price of the 2016 Bentley Bentayga SUV they only revealed two days ago. In the United States, $229,100 makes the Bentley about $130,000 more than the BMW X5 M. An X5? How proletarian.

SPURS
Tim Duncan, subdued multiple NBA champion centre from the San Antonio Spurs, has his own car customization shop. The cars from BlackJack Speed Shop are not so subdued.

WATCH
Kalle Rovanperä drives like this. And he’s eight.