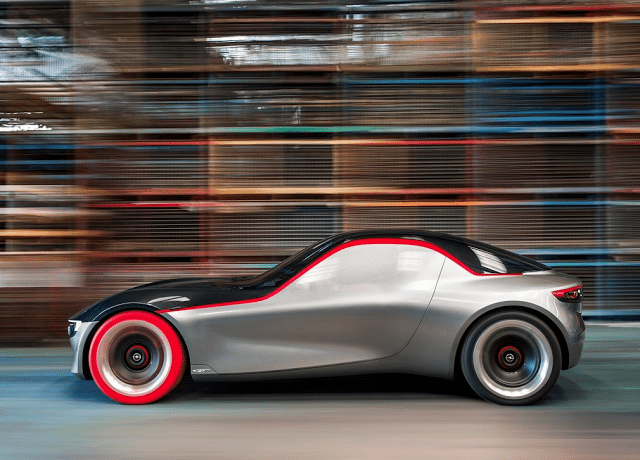 Opel GT
The last time GM’s Opel brand featured a true sports car, it was the Lotus Elise-based Speedster, known in the UK as the Vauxhall VX220. Is GM serious about small, lightweight sports cars? Probably not. Says Opel’s boss: “There is no business case.” But the Opel GT Concept looks amazing and, with a partnership outside GM, one never knows.

X-CLASS
So Mercedes-Benz will do a pickup truck. And it will be Nissan-related. Until now, we haven’t had much more information than that, but CarAdvice and Jalopnik’s Truck Yeah have details on the diesel, towing, and equipment.

TRAVERSE/ENCLAVE
General Motors moved the second-generation GMC Acadia down a notch in size. It’s a curious strategy, as it seemed that part of what made the first-generation Lambda-based Acadia so popular was its grand size. Good news for fans of the first Acadia? Its siblings from Chevrolet and Buick won’t likely be downsized in v2.0.

SVR
First there was the Land Rover Range Rover Sport SVR, a stonking SUV with Porsche Cayenne-baiting performance. Now Tata-owned Jaguar-Land Rover is turning up the wick on their F-Type to the tune of a 200-mph SVR derivative.

FCA’s CARS
Cars. Who needs them? Fiat Chrysler is operating under the belief that the decline of cars will continue apace. Emphasizing Jeep and Ram and utilities of any kind in their production plans yesterday, and operating under the assumption that fuel prices will remain low, the next few year will see the discontinuation or production outsourcing of the Chrysler 200 and Dodge Dart. A sudden uptick in fuel prices may once again steer buyers away from full-size SUVs like the Chevrolet Tahoe, but such a spike would be unlikely to turn a potential Dodge Journey customer into a Chrysler 200 buyer.


ACROSS THE POND
In our business, it’s common to hear people say, “Content is king.” In car reviews, the reader, and the reviewer, must remember that, “Context is king.” Thus, when the Brits review the 2016 Ford F-150 Platinum 4×4 SuperCrew, their perspective is somewhat different from ours.

WATCH
We reported on a few of the positive Cadillac CT6 reviews yesterday with copy from Jalopnik, Car & Driver, and Automobile. We haven’t featured Canadian Zack Spencer’s videos on GCBC before, but his take on the new CT6 is worth a look.