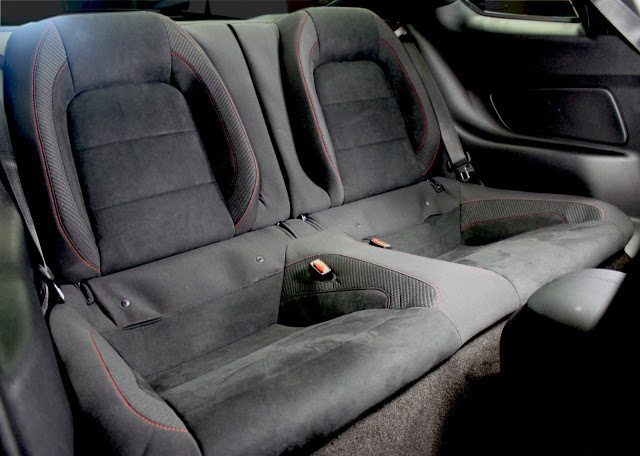 $999
If you want a back seat in the new Ford Mustang Shelby GT350R, you can have one. But you’ll need to pay $999 in order for Ford to reinstall the rear seat they uninstalled.

BEDS
The first-generation Honda Ridgeline featured an ingenious bed. The problem? No matter how cool the trunk was, no matter how useful the swinging tailgate was, the bed was still too small. But increasing the size of the bed in the second-generation Ridgeline isn’t the only advancement Honda has intrduced for Ridgeline v2.0.

STOP-START
Pickup trucks have made huge leaps in terms of fuel efficiency over the last decade, but Ford wants all its EcoBoost V6 F-150s to be even more efficient in the real world. For model year 2017, this means all EcoBoost F-150s, even the Raptor, will turn their engines off at stoplights. Stop-start technology, done right, is imperceptible and the perfectly reasonable thing to do.

CAMRY
Not since 2001 has any car other than the Toyota Camry been America’s best-selling car. 14 consecutive years. A streak which began the year Tom Brady won his first Super Bowl. But for how many more years will the Camry even be Toyota’s best seller?

GCBC
Americans can now search for new and used cars for sale right here on GoodCarBadCar.net without even leaving the site. We are very excited to bring you this long overdue new feature.

WATCH
Relatively affordable performance-oriented cars based on genuinely affordable mainstream cars get us all goose-bumpy. Fifth Gear pits the Volkswagen Golf R against the Subaru Impreza WRX STI, which both target the same sector of the market but do so in strikingly different ways.