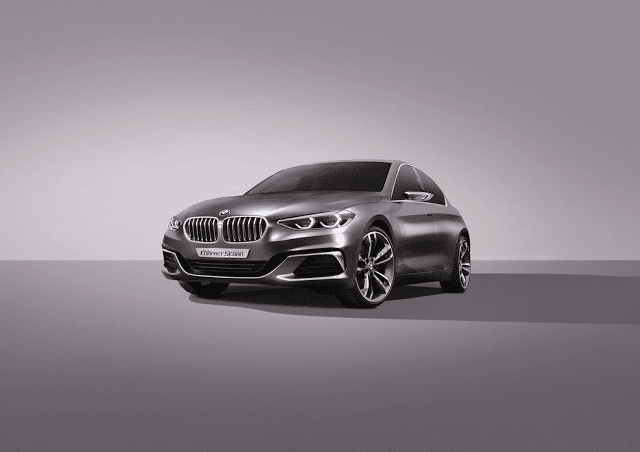 FUTURE
BMW’s latest Concept Compact Sedan is a handsome little thing that previews a sub-3-Series entry-level BMW. The car was introduced at an auto show in Guangzhou, China, but there’s no reason to believe this couldn’t be a global model.

DIESEL
There’s a fix for 3.0L diesel engines, Audi announced yesterday. The software update needs to be approved by the EPA and CARB, but the news suggests that 85,000 Audi, Porsche, and Volkswagen vehicles with the 3.0L diesel can be remedied with software alone.

REVIEW
The Wall Street Journal’s Dan Neil praises the new fourth-gen Lexus RX plenty, but also notes that, “The preproduction RX I drove sounds kind of thrumming and unhappy in the lower rpms, around town, and the 8-speeder shifts like it’s just trying to stay busy.”