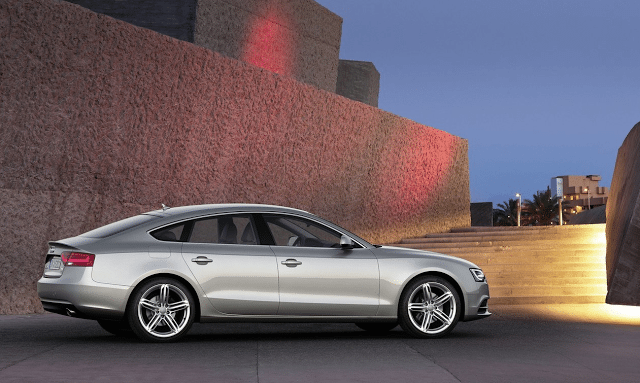 AUDI
The A7 a bit too dear? Across the pond, Audi also sells an A7-like version of the A4 – they call it the A5 Sportback. (The A7 is based on the A6.) And in next-gen form, it’s likely that the A5 Sportback will venture across the Atlantic. – Road & Track

CLA
Mercedes-Benz is updating the CLA250 and CLA45 for model year 2017. But can you spot the difference? – Automobile

G90L
Hyundai hasn’t yet released their Genesis G90 to the North American market, but we already know what the stretched version will look like. And it’s fair to say, the lengthening isn’t seamless. – AutoWeek

AUTONATION
Military leaders are wise to listen to the troops who are actually on the ground if they’re to get a clear picture of what’s actually going on in battle. If the auto industry is a war, manufacturers ought to pay attention to what Mike Jackson is saying. Jackson is the CEO of the vast network of AutoNation dealers, and he points to high incentives and an increasing percentage of “buyers” choosing to lease as causes for concern. – Automotive News

2.0T
At Ford, the Mustang’s 2.3L four-cylinder turbo is an optional upgrade, and we’re not certain it’s worth it. But at Chevrolet, the new 2.0L turbo is the base engine, which prompts a whole different kind of value comparison. – Car & Driver

WATCH
If you wanted a genuine minivan, you could have had a Mazda 5, Kia Rondo, or Chevrolet Orlando – the latter available only in Canada, temporarily. But chances are, you didn’t pull the trigger. But what are you missing? Europeans continue to be offered a bevy of choices in the category, including the 2016 Volkswagen Touran.