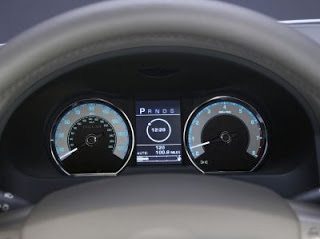 The MY2009 Jaguar XF, 3,754 of them in the United States according to NHTSA, may have failing instrument cluster speakers. They tend to fracture. Once the speakers fracture, turn indicators; seat belt warnings, lights ‘on’ warnings, door ajar warnings, cruise control intervention warnings, and seat memory warnings may not jingle-jangle.
Of course, it is the seat belt warning that NHTSA is most concerned with. Failure to ding when passengers forget their belt could increase “the risk of injury or death in the event of a crash”.
Also obvious is the lack of a mechanical fix at the dealership. Like may Recalls mentioned here at GoodCarBadCar.net, a calibration of software modules should help the Jaguar XF back on the road safely. Jaguar’s last XF Recall was also related to seatbelt issues.