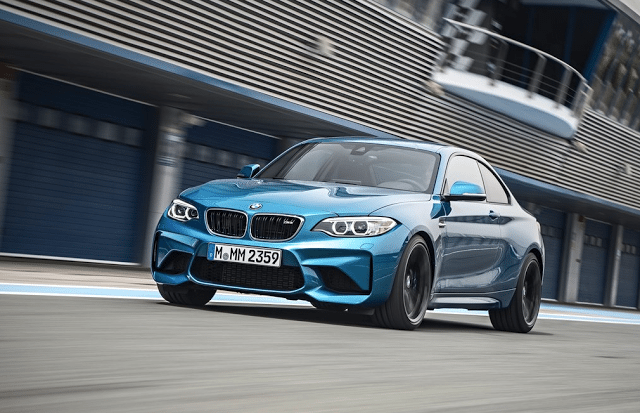 Here are the seven must-read, must-watch auto news stories and videos for Thursday, February 18, 2016.
EVO
evo magazine’s Jethro Bovingdon says, “There’s a lovely balance to the car with strong front end grip and then easy, progressive oversteer that belies its short wheelbase.”
ROAD & TRACK
R&T’s Sam Smith writes, “If you go solely by the cars that BMW currently sells, the M badge has come to mean big weight, distant steering, a competent electronics suite, and titanic horsepower. (Or, to be fair, a well-intentioned trim package.) This isn’t that. And it’s better for it.”
YAHOO AUTOS
Sadly, Yahoo Autos is set to end its run along with other Yahoo verticals in a couple months. In the meantime, Yahoo’s Abigail Bassett writes, “That is…until now. The 2016 M2 gives us Bimmer-brained fans something worth celebrating, and puts the joy back into a brand that has, for too long, poured out watered-down shots of the “ultimate driving machine.”

CAR & DRIVER
Car & Driver’s Tony Quiroga says, “Like the M4’s, the M2’s setup is very stiff, and it’ll jiggle your flabby bits. Unlike the M4, you can’t get electronically adjustable dampers to soften the blow,” and, “On long, winding esses, our thoughts wandered back to the late 1-series M, the M2’s predecessor. That little car still represents the best of BMW, a standard-bearer of the BMWs we knew and fell hard for before electrically assisted power steering.”
WAGON
Kia will introduce the production version of the Optima Sportspace at the Geneva auto show next month. It’s the Optima Sportwagon, and it looks like what the Optima should look like, which is spectacular. – Motor Trend
MORE WAGON
We knew this was coming, but it’s still exciting to see the official reveal of a big Volvo wagon that will actually be sold in North America. The V90 won’t be Volvo’s best seller in America, but it surely does the best job of representing Volvo. – CNET
WATCH
Before we get to the expert video reviews of the BMW M2, this is the car from which you’re stepping up, the BMW M235i.