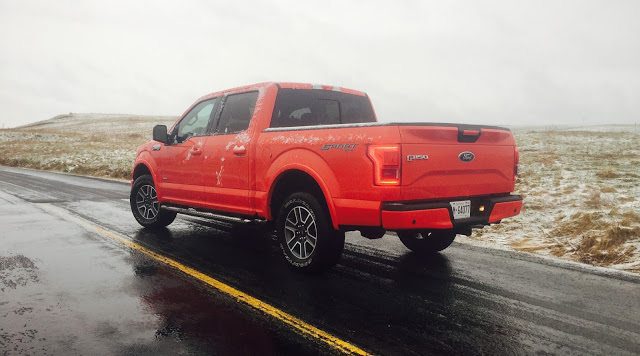 GCBC readers flocked to the Ford F-Series’ sales tracking page more often than any other in 2016, while GCBC’s most popular review in 2016 also featured a member of the F-Series range.

The 2016 Ford F-150 EcoBoost 2.7L, in SuperCrew 4×4 XLT Sport trim, was the most read review on the site over the last twelve months. Two other pickup trucks ranked among the top ten.

Month after month, however, GCBC continued to exhibit its status as a sales-oriented site, with brand results from the prior month (such as these November rankings) persistently ranking as the most popular page on the site.

Traffic to GoodCarBadCar increased for a ninth consecutive year. 63% of GCBC readers come from the United States, another 17% from Canada. Google says 25% of readers are in the 25-34 demo; 60% between 18 and 44.

Automobile manufacturers will begin reporting their December 2016 and 2016 year end U.S. and Canadian auto sales figures on Wednesday, January 4, 2017. GoodCarBadCar will be updated throughout the day with brand results from every automaker. Later on Wednesday afternoon, December and year end U.S. best seller lists for cars and trucks and SUVs will be published, as well, followed by Canadian best seller lists that same night or the next evening.

As always, sales figures for all manufacturers, makes, and models will be updated in GCBC’s free searchable database of historical monthly and yearly sales data. For non-mobile users (or mobile users who have opted to view the full site by selecting that option at the bottom of the page), you can also select a vehicle, a brand, a manufacturer, or total industry figures in a dropdown menu near the top right of this page. The in-depth breakdown of December and 2016 new vehicle sales begins in earnest at the beginning of January.

This month, rather than highlighting one month’s results, we largely look at the whole year. For the sake of reviews and sales tracking pages, these are 2016’s ten most popular at GCBC. But we still have another list that showcases November’s most popular sales articles in December.