If there is but one thing that unites Canadians of all stripes, its their ability to coalesce around the idea of one-upping their neighbours to the south.

Conservatives, Liberals, and NDPers alike all savour a hockey victory over the Americans in a semi-final almost as much as winning the actual gold medal.

Maritimers in The Maritimes and Maritimers in Fort McMurray, while possessing detailed knowledge of U.S. presidential history, all want to see an American Jeopardy contestant struggle to name the capital of Saskatchewan. And whether they’re new Canadians in Vancouver or Canadians-since-1949 in St. John’s, Canadians love to have things that Americans don’t.

That’s right, Americans can’t buy this car. Nissan has reserved the Micra for Canadians only. (And dozens of other markets around the world.)

S
Granted, this particular Micra might not be the one Americans, particularly those in the south, would want. Lacking power windows, power locks, and power mirrors is one thing – it’s actually three things – but I’m glad it was a cool week in April when the Micra S arrived on the Atlantic coast of Nova Scotia without air conditioning. 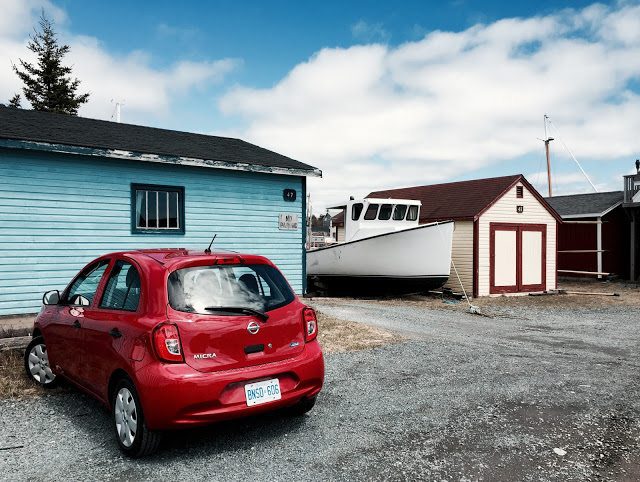 The Micra, loaned to us for a week by Nissan Canada, isn’t nearly as inexpensive a car as you thought it’d be by the time A/C is added. In this most basic S-trim car, with freight and PDI and the automatic transmission mandated in order to acquire air conditioning, the price is actually $14,865.

You could stick with the manual transmission in a Micra SV, in which air conditioning is standard fit, but then the price is $15,265. Not only is air-con a pleasant feature for you, most likely a first-time new car buyer, it’ll also improve resale value and the ease of resale.

There is, nevertheless, a pleasing sense of nostalgia created by the blacked-out button to the right of the climate controls where the presence of A/C is made known.

That non-button, in concert with the dearth of other typical features, reminds me of many of the cars in which I spent much of my youth: my sister’s purple, first-gen Hyundai Accent; a cousin’s ’90 Nissan Hardbody; my future in-laws’ ’92 Protege.

Set aside how well those vehicles held up or even how they were perceived in their day and you’ll recall that they were all vehicles the driver had to actually drive.

The automatic-equipped Accent was so gut-wrenchingly slow that anticipating the road’s twists and turns and carrying an inordinate amount of speed through a corner was vital to making any kind of progress at all. (A new Accent will accelerate to highway speed in as little as eight seconds.)

The Nissan pickup in which I learned to drive a stick had a clutch pedal so utterly devoid of feel that modulating throttle input and clutch release was a work of art, if I do say so myself. (A new Nissan Frontier has navigation, Rockford Fosgate audio, and leather seats.)

The Protege’s chassis was so interactive and its engine so unwilling that marrying the two was like bringing Alberta voters and the NDP together. (A new Mazda 3 still offers the handling but produces 79% more horsepower.)

Yet while the Micra isn’t actually slow, although it’s infinitely better-built than that old truck, and despite the fact that it’s designed to far higher safety standards than that Mazda, it’s reminiscent of another era because the Micra needs you. Like a dog with separation anxiety who won’t even eat his food when you’re gone, the Micra simply won’t go without your active participation. You do it all in this car.

DRIVING
Remove the key from your pocket, insert the key into the driver’s door, unlock the door. Hop in and reach across to the other front door to let somebody else in. Now both of you reach back with deft movement, avoiding back cramps, to unlock the rear doors. Clutch depressed, insert the key into the ignition – no push-button start here, Infiniti driver – and fire up the 1.6L, 109-horsepower four-cylinder. Yep, there’s a little burble there, and the 1.6L is sufficiently refined that you won’t ever mind revving the snot out of it to hear the four-pot work. Release the parking brake, shove the looooong-throw shifter into first, and figure out some other time where the bite point of the clutch is.

You’re off. And you’re working it, baby. The Micra is geared in such a way as to make it feel much quicker than it is, meaning you’re tasked with furiously rowing through the gears to merge on the Trans-Canada Highway. The Micra revs well above 3000rpm on the highway, thus sitting right in the powerband for genuine passing power in this, a sub-subcompact, while remaining in fifth gear.

You’re reminded of the cars you used to drive, the fun of shifting even in a car where the clutch isn’t communicative and the shifter isn’t straight out of a 370Z, so you’re downshifting and upshifting just for the sake of downshifting and upshifting, just to hear the amusing braaap of the 1.6L that feels so lifeless when hooked up to the Nissan Versa’s continuously variable transmission.

The Micra’s no sports car, of course. There’s plenty of body roll and understeer. The steering’s a bit quirky. The Firestone FR710 tires aren’t made for autocrossing. But you are driving the Micra, and it’s not a painful process. Indeed, the process isn’t as painful as realizing that most modern sports cars negate so much of the thrill of driving by being tuned for illegal speeds. After all, a car can’t be capable of 270 kmh and not be capable of coping in all ways at 270 kmh. In so doing, too many of those cars are dull in the environment in which you spend 95% (or more) of your time. 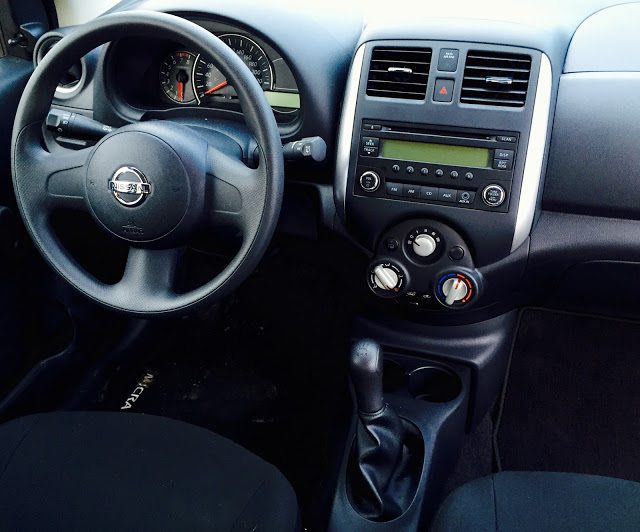 The Micra isn’t dull. And because the Micra’s ride quality is so surprisingly excellent, shrugging off potholes and bumps like an Altima, there’s nothing punishing about the car’s overall on-road behaviour.

INSIDE
Focussed on the inside, there are obviously going to be letdowns in a car with an advertised price below $10K. Align your expectations and perhaps, possibly, maybe you won’t be disappointed by seat foam that’s not of sufficient quality to form the foundation for my dog’s bed. (Meanwhile, the seat fabric attracts more lint and fuzzies than Swiffer Duster.) There’s no armrest. Little time was spent reducing wind and tire noise. Missing along with those power features are increasingly needy elements like Bluetooth and a USB port.

But the four-speaker stereo is decent, the door handles are chrome, the window crank won’t break, and the overall cabin layout – not to mention the space for humans and their stuff – is straightforward, effective, and more than satisfactory. 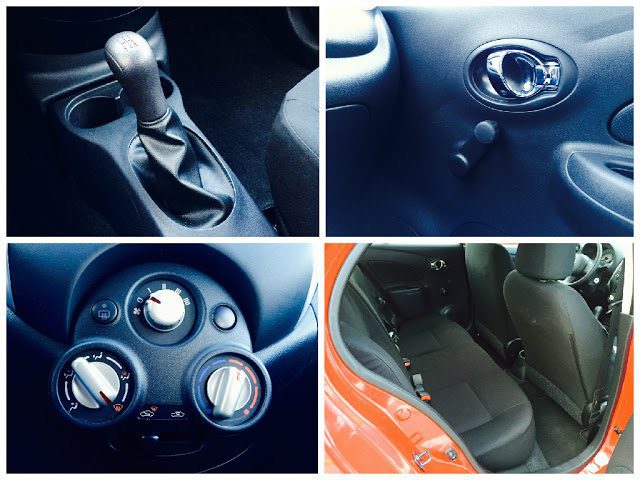 Versa Notes start at $15,865 (freight & pdi included) and come standard with air conditioning. Other potential diversions worth considering include the Hyundai Accent, which currently bases at $14,580 with fees, and remaining copies of the outgoing Mazda 2 which are routinely advertised with thousands of dollars in discounts.

SUCCESS?
The presence of rivals indirect and direct, including the disappointing Mitsubishi Mirage, haven’t made the Micra anything less than very successful in Canada. Most recently, in April, the Micra was Canada’s 18th-best-selling car, ahead of the Honda Fit and Kia Forte and the Nissan Versa. 11,505 Micras have been sold in Canada since the car arrived at the end of April 2014.