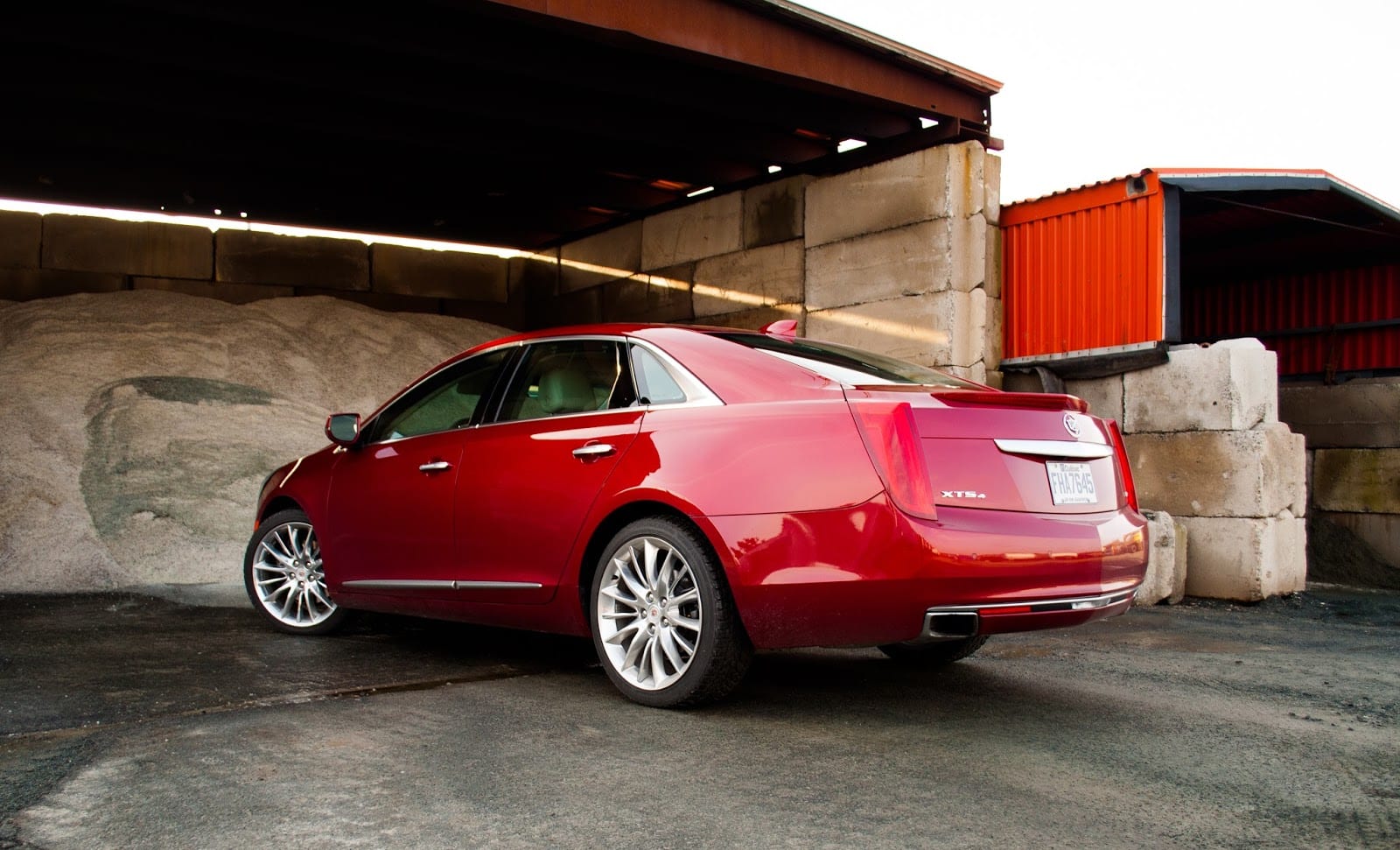 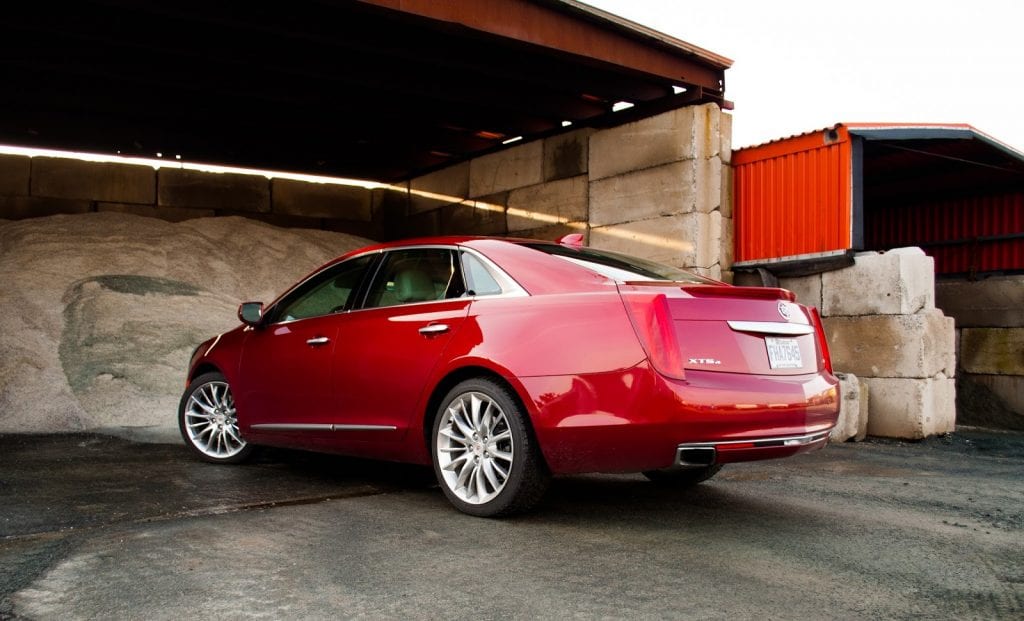 GM delivered the Epsilon II platform to the company’s most upmarket division to produce a car with, among other things, more flamboyant styling. Later on, Cadillac added all-wheel-drive, threw in enough equipment to call it a Platinum edition, and by replacing the 3.6L V6 with a twin-turbocharged 3.6L V6, yielded enough straight-line performance to justify the Vsport label.

This all-wheel-drive Cadillac XTS is not an outright Cadillac V car, not like the XLR-V, the STS-V, and what will soon be the third-generation CTS-V. Instead, the Vsport tag, first seen on the third-gen CTS, is a midway point.

Except in the XTS’s case, there will be no V, presumably because upping the ante would just be silly, given that the 410-horsepower XTS Vsport already manifests torque steer despite its AWD configuration.

This, therefore, is Maximum XTS, the latest, flashiest, fastest car in a long line of big Cadillacs stretching back to your grandfather’s Fleetwood Brougham and his boss’s post-war Sixty Special. 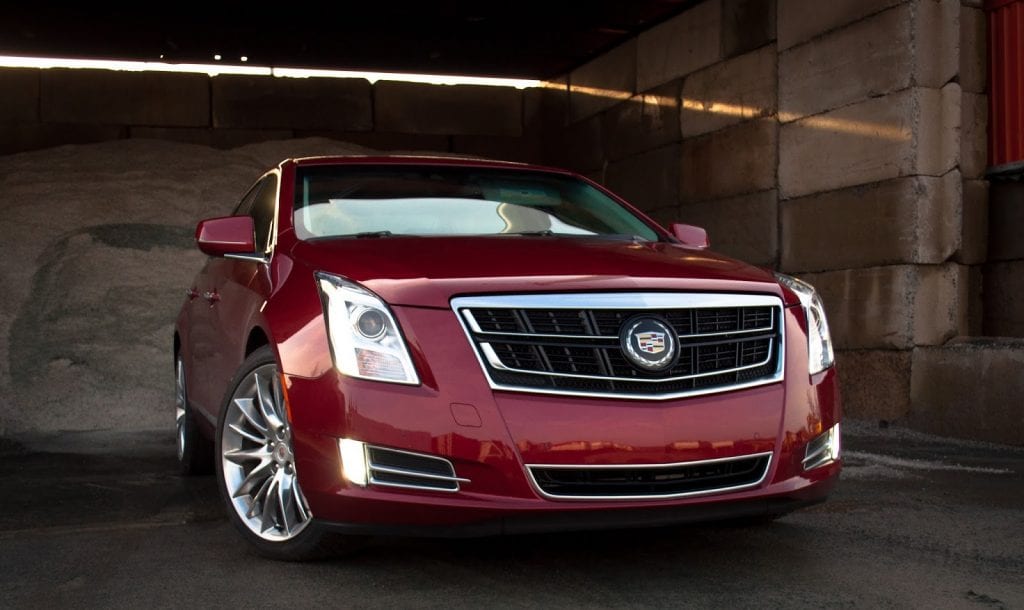 Our XTS Vsport Platinum, supplied for the week by GM Canada, averaged 14.7 L/100k in mixed driving and was priced at (CAD) $77,565 with fees and options, including $1295 for the lustrous crystal red tintcoat.

The sense of high quality is deeper than the paint. Moving inside, the XTS’s headliner and pillars are slathered in alcantara. There’s real wood sourced from real trees. Four of the 14 Bose speakers are perched just above the front occupants’ shoulders for impressive surround sound audio. CUE, though sluggish and frustrating when in use, makes for a stylishly minimalistic flip-up centre panel. The XTS Vsport’s gauge cluster is light years beyond the setup so often decried in the ATS.

(Compared with the final version of its DTS successor, the XTS is 5.6 inches shorter and nearly two inches narrower with marginally less rear legroom and 2.4 fewer inches of rear hiproom. The trunk and the overall cabin size are both slightly smaller than they were a generation ago, as well.)

Fortunately, once on the move the XTS doesn’t feel as immense as its dimensions suggest. Visibility is far better than in the smaller CTS and the XTS’s steering is more than light enough to ease slow-speed maneuvering. Naturally, there’s a lot of weight (4215 pounds) to toss around a corner. That avoirdupois, combined with slow and feathery steering and braking response that’s not up to the standards of modern performance cars, discourages the truly aggressive driving which the CTS Vsport constantly invites. Yet at the same time, the XTS performs the trick of driving like a somewhat (and only somewhat) smaller car, which becomes its most encouraging dynamic trait.

Still, the general lack of any feeling or connection causes you to question the legitimacy of the V badge on the XTS’s trunklid, if you haven’t already. But the road will open up, and when it does, you’ll be taken aback by the instant-on torque (369 lb-ft at just 1900 rpm) and the seemingly endless wave of power. As the speedometer’s readout climbs higher and you anticipate an ocean’s worth of disconcerting float, Magnetic Ride Control keeps body motions in check. The XTS Vsport’s ride quality isolates road imperfections to the extent that passengers were never aware of the imperfections. And though wind noise, more noticeable because of the otherwise hushed interior, barely creeps in around the A-pillars, passengers are not aware of the actual rate of speed. 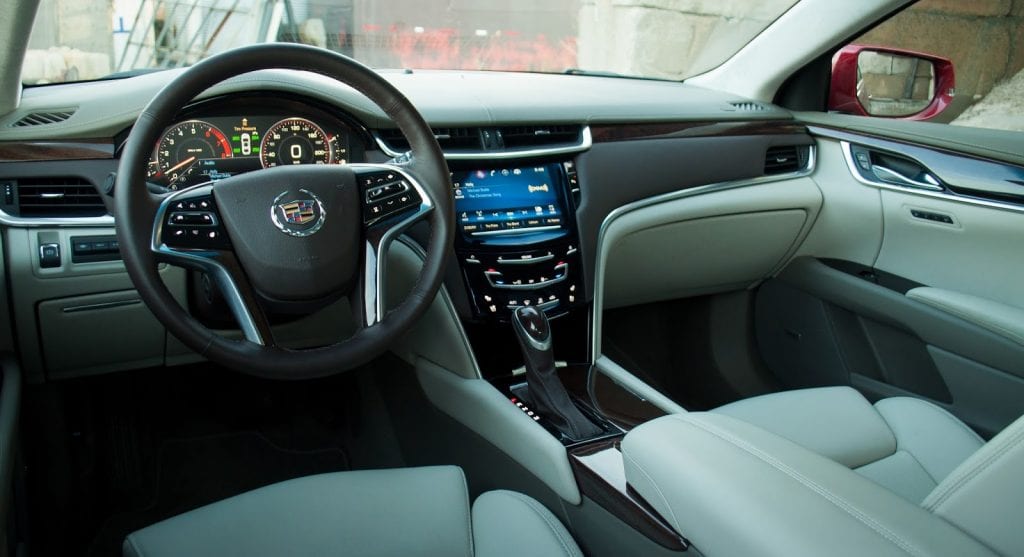 Remembering the potency of this engine, you didn’t reach such speeds quite as quickly as you expected. The 3.6L twin-turbo makes 10 more horsepower and 61 more lb-ft of torque when placed under the hood of the CTS Vsport, which weighs less than 4000 pounds and sends power to the rear wheels with an 8-speed automatic. By the standards of that car’s transmission, the XTS Vsport’s 6-speed automatic is sluggish, but its all-around smoothness will be appreciated by the XTS’s dwindling clientele.

Canadian XTS sales are down 15% to just 638 units through the first eleven months of 2014. Thus, it may not have mattered if the XTS Vsport was equipped with a Hellcat-like V8 and ZF’s famed 8-speed automatic, as this still wouldn’t be a vehicle in which the typical car buyer of today has any interest. (And does the typical buyer of yesterday have any interest in battling the Cadillac User Interface on a daily basis?) Though relatively fleet-friendly, the XTS sells far less often than the far pricier and recently redesigned Mercedes-Benz S-Class; more often than the Jaguar XF, Lexus GS, and BMW 6-Series. GM Canada sold more than 1300 DTSs as recently as 2006, a year in which Lincoln sold 1107 Town Cars. 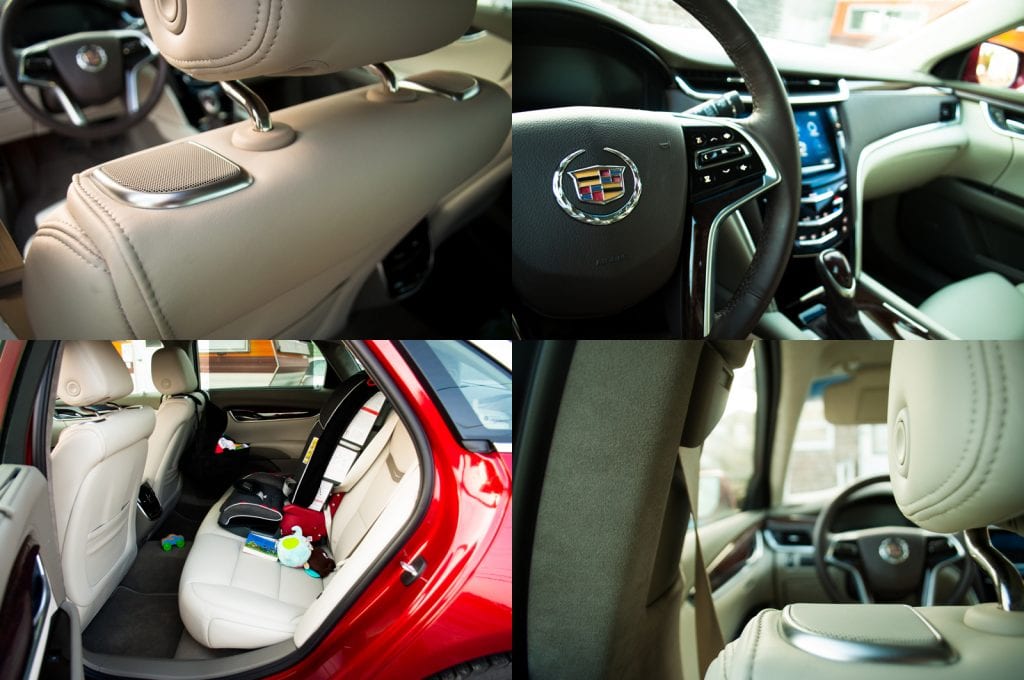 The market has moved away from traditional full-size sedans and is moving away from Cadillac’s car division in its home market, too. The brand’s passenger cars are down 15% to 79,139 units in the United States with one month remaining in 2014 as Cadillac reportedly pursues a premium image not in keeping with price cuts.

Indeed, ever since the as-tested price was mentioned, you’ve been wanting to pipe in with the names of countless other cars available at a similar price point: BMW 550i xDrive, Lexus LS460, Audi A7 TDI, and Jaguar XJ, cars with reputations for athleticism, refinement, technological prowess, and panache which Cadillac can’t match. That might be missing the point. The XTS Vsport won’t be the car you buy because of how well it stacks up against the competition. It’s the XTS you buy because you were going to buy an XTS anyway, and this is the maximized XTS.

Of course, I wasn’t going to buy a regular 304-horsepower XTS. Sales figures suggest you weren’t going to either. But I won’t deny that for the prospective XTS buyer, this Vsport provides the kind of accelerative experience that makes the conventional XTS feel dreadfully pedestrian.