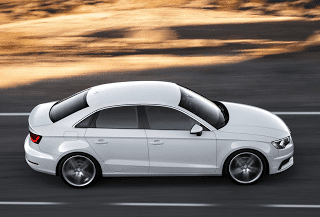 The list of America’s 20 lowest-volume vehicles in 2013 is made up almost exclusively by cars which expired in 2013 (or before), are currently on hiatus, or will soon disappear from the market. The exceptions? The very new-to-market Chevrolet SS and Cadillac ELR.

Likewise, the list of vehicles which reported the sharpest year-over-year declines in 2013 includes 17 nameplates which won’t be participating in the U.S. automobile market in 2014. The exceptions in this case include the two GM small trucks and Audi’s A3, which is slowly preparing to return, initially, in sedan form.

GCBC made changes to America’s worst-selling vehicles list late in 2013 in order to avoid arbitrary price distinctions, intended sales volumes, and production delays and departures. Every vehicle is eligible, save for limited market cars like the Honda FCX and Mercedes-Benz B-Class and cars which sold not at all in December, all of which are mentioned at the bottom of this post.