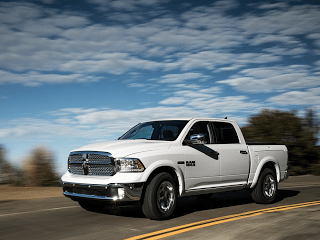 While much of this data was already manifest in the December 2013 version of this post, Canada’s year-to-date brand rankings as seen here include prior year figures for both total brand volume and brand market share.

2013 was a record year for Canadian auto sales. With 1.74 million new vehicle registrations, sales were up 4% compared with 2012, which wasn’t an unhealthy year by any means.

Naturally, certain brands fared better than others. Ford sells the most vehicles in Canada, both as a Blue Oval brand and as Ford Motor Company. But growth was slow at Ford despite record-setting sales of the F-Series, Canada’s best-selling vehicle line. Besides low-volume brands like Jaguar, Cadillac (up a meaningful 2964 sales), Maserati, Porsche, Land Rover, and Infiniti, the fastest-growing brands in Canada were Subaru, Ram, and Nissan.

Besides the defunct Suzuki brand, Canada’s worst negative growth was reported by Volvo, down 16%, Scion, down 14%, and Fiat, down 9%. Kia is the lone big brand to have reported fewer 2013 sales in Canada than they did a year earlier: 5351 fewer.

For the most part, the auto market in 2013 is rightly viewed through rose-tinted glasses. Big premium brands like BMW, Mercedes-Benz, and Audi sold a huge number of automobiles, nearly one out of every 20 new vehicle registrations. GM, Ford, Chrysler, Honda, and Toyota – manufacturers with Canadian interests – all reported gains.

Car sales were lackluster, however, rising less than 1% according to Desrosiers. And one wonders if the reliance on pickup trucks for growth is a strategy the industry can sustain in the long-term.

Don’t like to see automakers arranged alphabetically? Click column headers to sort automakers by 2013 ranking, 2013 sales, year-over-year change, or any other order. Year end best seller lists for cars, trucks, and SUVs will be added in the coming days. GCBC will also publish a complete list of YTD/December sales for every single vehicle line, a list which includes brand results. To find out what you can expect, you can see November’s version of that post here. You can always find historical monthly and yearly sales figures for any brand by clicking the brand name in the table below or by selecting a make (or model) at GCBC’s Sales Stats page. The + icon has been removed from year-over-year improvements. Look instead for red font to designate year-over-year declines.

Click column headers to sort by specific categories. Using the mobile version of GoodCarBadCar? Switch to the web version at the bottom of the page, at which point columns should be sortable.
2014 Year End • 2012 Year End • 2011 Year End
Updated at 8:39 AM AT on 01.11.2014 with Bentley & VW Group figures