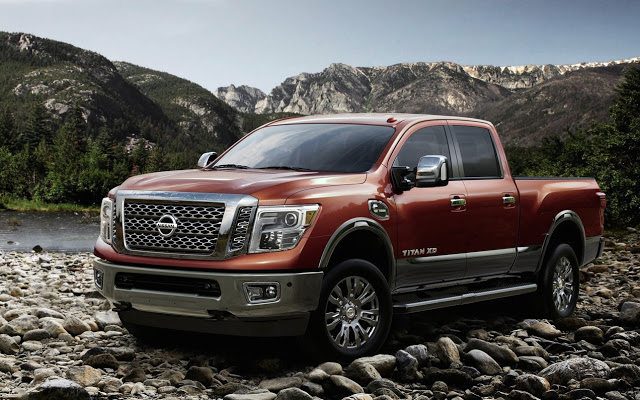 Only 0.5% of the new pickup trucks sold in the United States in the first-quarter of 2016 were Nissan Titans. As Nissan gets its new Titan XD fully on stream and welcomes a new standard version of the Titan into the fold, we expect those market share figures to rise.

But how high? The pickup truck market is controlled by traditional Detroit nameplates, and that level of control is only increasing.

Ford, General Motors, and Ram produced 480,000 full-size pickup truck sales between January and March – Toyota and Nissan combined for just under 29,000 during the same period.

Even at its peak in 2005 – the Titan’s second full year on the market – the first-generation Nissan Titan produced only 86,945 sales. That was the same year Ford sold 75,000 F-Series pickup trucks per month.

The new Titan doesn’t need to compete with the full-size Ford to be a profitable machine. But Nissan certainly wants to be done with years of 18,000 annual sales, the average Nissan has achieved since 2009. To do so, they’ve taken a completely different approach. The Titan XD isn’t a heavy-duty truck, but it’s not a light-duty challenger to the F-150, Ram 1500, or Silverado 1500, either. It’s a tweener, and Nissan hopes to capitalize on a Nissan-created niche in the pickup truck market.

Alex Dykes’ video review of the 2016 Nissan Titan XD is the most detailed and thorough on the internet. There’s even towing.